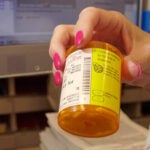 The average physician can expect to spend nearly 11 percent of his or her career with a malpractice claim waiting to be resolved. Some specialists will spend nearly a third of their careers with open claims, a new analysis has found.

The length of time it takes to resolve a malpractice claim is a stress on patients, physicians, and the legal system — and may distress physicians even more than the financial costs of the claim.

“We believe that the time required to resolve malpractice claims may be a significant reason that physicians are so vocal about malpractice reform, and that any attempt at malpractice reform will need to take the speed with which cases are resolved into account,” said corresponding author Anupam Jena, assistant professor of health care policy and medicine at Harvard Medical School (HMS) and a general internist at the Harvard-affiliated Massachusetts General Hospital (MGH).

Using a database from a large national malpractice insurance agency, Jena, along with Seth Seabury, senior economist at RAND Corp., analyzed the amount of time physicians spend with open claims. Claims were broken down by the specialty of the practitioner, the severity of the injury, and whether or not malpractice was found.  The results were expected to be reported today in Health Affairs.

Two factors contribute to the amount of time a given physician spends with pending claims: the likelihood of a claim in any given year, and the length of the legal process. The typical medical malpractice claim isn’t filed until almost two years after the incident occurred, and isn’t resolved until 43 months post-incident. Up to 70 percent of the time physicians spend on open clams is devoted to claims that do not result in a payment.

The study was part of a larger project to understand how malpractice works and to investigate possible improvements to the system. In a 2011 New England Journal of Medicine article, Jena and his colleagues first published their findings about the variation of risk of malpractice among specialties.

Even cases that are dismissed before trial take a long time to resolve. In previous studies, researchers found that dismissed cases last 18 months to two years, cases that are settled last two to three years, and cases that go to jury take approximately four years to adjudicate.

“That’s a very long time for a patient or a physician to have to wait for resolution,” Jena said.

The researchers noted that the stress of enduring numerous lengthy lawsuits may not only explain why malpractice reform is so staunchly advocated by physicians, but may also lead to expensive defensive medicine that contributes to high health care costs.

The best remedy would be to have a system in place where the judicial and health care systems could more easily screen out cases that fail to meet the legal or medical standards for malpractice, the researchers said. In cases where malpractice does occur, compensation should be fair and swift; in those where there is no merit to the claim, rapid dismissal of the case would prevent significant resources from being wasted.

“Our sense is that we are probably spending too long to resolve many of these cases and that lengthy time to resolution has many unanticipated costs to patients, physicians, and the health care system as a whole,” said Seabury.

Additional authors of the study include Amitabh Chandra, professor and director of health policy research at the Harvard Kennedy School (HKS), and Darius Lakdawalla, Quintiles Chair in Pharmaceutical Development and Regulatory Innovation at the University of Southern California.