In Africa, success against AIDS 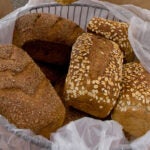 Harvard AIDS researchers gathered at the Harvard School of Public Health (HSPH) last Thursday to mark 10 years of work under a key federal anti-AIDS program that has been instrumental in stemming the tide of a disease that once threatened to destroy entire societies.

PEPFAR, the President’s Emergency Plan for AIDS Relief, began in 2003 and provided support at a critical stage of the global epidemic. At the time, a new generation of drugs was working miracles in industrialized countries but remained unavailable in poor countries, where AIDS raged unchecked.

Nations of sub-Saharan Africa were at the pandemic’s epicenter, with an AIDS diagnosis meaning almost certain death, and prevalence rates topping 30 percent in some countries. Because the disease struck sexually active adults, it targeted society’s most productive members, decimating professions such as teaching and nursing. Families likewise teetered, losing caregivers and breadwinners and creating ever-growing numbers of orphans to be raised by aging grandparents and distant family members.

When PEPFAR was announced, HSPH researchers were in a unique position to respond because they’d already begun research programs and had partnerships with three African nations: Tanzania, Nigeria, and Botswana, according to David Hunter, HSPH’s dean for academic affairs, professor of epidemiology and nutrition, and Gregory Professor of Cancer Prevention

The result in the years since has been a suite of programs and research studies, strengthened infrastructure, and training programs that have not only brought Harvard researchers to those nations, but brought budding African scientists to Harvard to study. The effort has also resulted in training for hundreds of doctors, nurses, and other health workers in how best to respond to HIV and the AIDS it causes.

An important factor in the success of the programs was that they were viewed from the start as partnerships between Harvard researchers and their host nations. In each case, according to Hunter, the presidents of those nations were supportive.

“PEPFAR was a shining and early example of our translational mission,” Hunter said. “We’re not just here to do research and education.”

The event Thursday, “PEPFAR in Africa,” was held at the HSPH’s Kresge Building and featured speakers from Harvard and the host nation for each program, including Richard Marlink, Beal Professor of the Practice of Public Health and scientific director of the HSPH Aids Initiative, and Tendani Gaolathe, director of the HSPH Master Trainer Corps Program in Botswana; Wafaie Fawzi, Saltonstall Professor of Population Sciences and professor of nutrition, epidemiology and global health, and Roseline Urio, deputy director of programs at Management and Development for Health in Tanzania; and Phyllis Kanki, professor of immunology and infectious diseases, and Prosper Okonkwo, chief executive officer of the AIDS Prevention Initiative in Nigeria.

Hunter and Myron (Max) Essex, the Lasker Professor of Health Sciences and chair of the HSPH AIDS Initiative, offered welcoming remarks, and HSPH Dean Julio Frenk and Harvard Provost Alan Garber also spoke. The session was sponsored by HSPH and the initiative.

Though the worst of the pandemic has passed in those three nations, it remains prevalent, with 25 percent of the population infected with HIV in Botswana, for example. Though that number is high, it is down from nearly one in three at the pandemic’s height. And, importantly, today almost all those who need antiretroviral drugs to treat the disease get them, resulting in a 61 percent drop in the death rate from AIDS-related illnesses.

The change in the pandemic’s course has been so dramatic, Essex said, that people can today conceive of “The End of AIDS,” as headlines have trumpeted recently. That’s largely because of a new understanding that early treatment can equal prevention because the drugs keep levels of HIV low enough that transmission drops.

There has been a resulting change in attitude, Essex said, from an acknowledgment that while treatment is important, we can’t “treat our way out of the epidemic,” to a feeling that just maybe we can.

“I think many of us hope that there will be an end to AIDS,” Essex said.