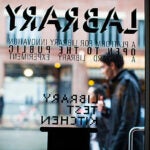 Harvard will back in action Jan. 4 at Union

Co-captains Jillian Dempsey ’13 and Laura Bellamy ’13 showed their leadership with their play on the ice as they powered Harvard women’s hockey team to a convincing 8-1 win over Providence College Dec. 7. Dempsey had a hat trick plus one, as she scored four times to extend her point streak to 24 games. Bellamy had 16 saves and was just seconds short of recording her third consecutive shutout, as Providence finally managed a goal with 11 seconds left in the game. Kelsey Romatoski ’13 (2), Kaitlin Spurling ’13, and Miye D’Oench ’16 all contributed goals, while Kalley Armstrong ’14 and Samantha Reber ’15 had five assists between them. After tying the University of New Hampshire on Dec. 8, the Crimson are now 9-1-1 overall, and undefeated (7-0) in Ivy League play.

To read the full coverage of the Providence game, visit the gocrimson.com website.