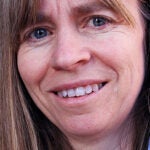 A director for Museums of Science and Culture

Sponsored by the British government, the scholarship is among the most prestigious academic awards, and will allow Aditya Balasubramanian ’13 and recent graduate Alex Palmer ’12 to study for two years at a college or university of their choice in the United Kingdom.

For Balasubramanian, it was a chance encounter with income disparities during visits to India when he was a child that fostered his interest in development work. That interest led him first to Harvard, and next fall will take him to the London School of Economics and Political Science, where he plans to pursue a master’s degree in econometrics and mathematical economics.

“I’m interested in a career as a development practitioner or academic, and it is essential to have a strong command of economics to undertake either of those career paths,” he said. “I am excited for the tremendous opportunity to study in the U.K., and hope that it will complement my training in history well.”

Balasubramanian’s interest in development was enhanced by his coursework as a history concentrator with a secondary concentration in economics, along with his extracurricular work as a research assistant to the economist Amartya Sen, and his role as editor-in-chief of the Harvard International Review. These activities prompted him to take a year off from his studies and go to work for the Massachusetts Institute of Technology’s Abdul Latif Jameel Poverty Action Lab (J-PAL). At J-PAL, he investigated the usefulness of “report card” campaigns on public service delivery in the slums of New Delhi.

“My time at Harvard transformed a personal interest into my academic focus,” he said. “History and economics classes offered explanations for the wealth and poverty of nations, and … college collaborations inspired me to build on my initial efforts toward sustainable development.”

For his part, Palmer has worked overseas, in everything from a theater society in Bethlehem on the West Bank to a refugee camp in Kenya.

He said that those experiences, combined with his work in the classroom at Harvard, drove him to explore the connections between development and conflict. As a Marshall Scholar, he plans to pursue a master’s degree in conflict, security, and development at King’s College London, gaining a regional focus on the Middle East and North Africa through a master of letters degree in Middle Eastern and Central Asian security studies at the University of St. Andrews.

“It’s a tremendous thrill to win,” he said. “These competitions always have many more qualified and deserving applicants than winners, which makes it all the more humbling to be selected. Going through the application process and sharing my goals and aspirations in the interview made me more excited than ever to study in the U.K., and to have the opportunity to make that a reality is incredible.”

Ultimately, Palmer said, he hopes to create “a more nuanced view of security, and an understanding of the complexity of violence” that will help to make the world a better place.

“My goal is to transform American foreign policy at the highest levels, bringing to bear a perspective borne both of humanitarianism and patriotism,” he said. “By pursuing a foreign policy that combines idealism with an understanding of the threats we face, I hope to change the way America operates in the world.”