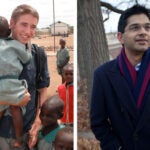 Kathleen McCartney, dean of the Harvard Graduate School of Education (HGSE) and the Gerald S. Lesser Professor in Early Childhood Development, will become the next president of Smith College, it was announced today.  McCartney will continue as HGSE dean through the end of this academic year and assume the presidency of Smith on July 1.

“I am excited about this new chapter in my life, but I know it will be difficult for me to leave this special community of colleagues and friends,” McCartney said.  “I have enjoyed 13 rewarding years here.  Every Commencement I say that this community is like no other I know: mission-driven, passionate, and steadfast in its focus on education as the civil rights issue of our time.

“It is an honor and privilege to lead the Harvard Graduate School of Education as we work, side by side, to improve the lives of learners,” McCartney told the HGSE community.  “I look forward to following the progress of this great institution in the years ahead, and I will smile with pride at each new success.”

McCartney was named the HGSE’s acting dean in 2005 and its dean the following year.  Her deanship has featured efforts to focus the work of the School at the nexus of practice, policy, and research, and to develop a strategic plan to build a school of education for the 21st century.

“Kathy McCartney has been a superlative leader of our Ed School during a pivotal moment in its history,” said Harvard President Drew Faust. “She has guided the launch of an imaginative new doctoral program in education leadership, oriented to practice, as well as a highly interdisciplinary new Ph.D. program in education, oriented to research.  She has strengthened and energized the faculty, increased student aid, deepened the School’s connections with other parts of the University, and elevated its impact on the world of education far beyond Harvard.

“Kathy has done all this with boundless energy, a constant commitment to high standards and innovation, and a relentless passion for enhancing learning in all its forms,” Faust added.  “She has always asked how we can challenge ourselves to do better, and Harvard and the world of learning are much better as a result.”

Smith College trustee Louise Parent, who chaired Smith’s presidential search, called McCartney “a pre-eminent scholar, a nationally recognized leader in education, a proven innovator, and a woman for the world.”

Elizabeth Mugar Eveillard, chair of Smith’s board of trustees, added, “Kathy is a leader who inspires respect from everyone with whom she engages — students, staff, faculty, alumni. As we got to know her, we quickly realized why she is held in such esteem by peers and colleagues at every level.”

At the HGSE, in collaboration with colleagues, McCartney developed a strategic plan that has brought forth two of Harvard’s newest doctoral programs.

The doctorate in education leadership (Ed.L.D.), launched in 2010, integrates the fields of education, management, and public policy to train leaders who can bring about systemic, transformational change to the education sector.  The program includes one year of a customized core curriculum taught by faculty from the HGSE, the Harvard Business School, and the Harvard Kennedy School; a second year of elective courses drawn from across Harvard; and a final yearlong residency in an institution engaged with educational change.

The interdisciplinary Ph.D. in education was approved this year by the Faculty of Education and the Faculty of Arts and Sciences (FAS) for launch in 2014.  The program, which will build on the strength of the School’s Ed.D. program, will join HGSE faculty with more than 50 colleagues from across Harvard, from a range of FAS departments as well as the Schools of government, law, medicine, and public health.

Under McCartney’s leadership, the HGSE’s core faculty has grown by 25 percent, while markedly diversifying its ranks.  Sponsored research funding has more than tripled, and the School has played a key role in launching the Center on the Developing Child and growing the Center for Education Policy Research. McCartney has worked to fashion an extensive network of partnerships with more than 30 school districts and other institutions involved with educational leadership and reform.

Financial aid for masters’ students has more than doubled during McCartney’s tenure as dean. The Ed.L.D. program has provided full funding for all students who have enrolled, and guaranteed funding for Ed.D. students has increased from one year to five years.  In addition, McCartney has overseen the modernization of HGSE classrooms, the advent of sustainability initiatives, and a major renovation of the HGSE’s Gutman Library, intended to transform the space into the intellectual and social heart of the School.

The HGSE has raised more than $162 million in philanthropic support during McCartney’s time as dean, and she has helped the School maintain economic stability and momentum through the financial challenges that have buffeted higher education in recent years.

In a message to the HGSE community, Faust said that she will launch the search for a new dean soon.  She invited members of the community to send her early advice, in confidence, to gsesearch@harvard.edu.