For a day, geek is chic 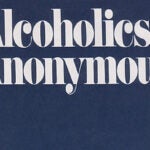 Hundreds of students show off apps and more at CS50 Fair

Roughly 2,200 student hackers and their guests turned out Monday for the CS50 Fair, drawn into the basement of the Northwest Science Building by a trail of red, yellow, and blue balloons, and the thumping pulse of full-volume techno music. Amid a carnival atmosphere replete with popcorn, small mountains of candy, flying stress balls, and dozens of laptops — and what appeared to be enough extension cords to circumnavigate the globe — more than 700 students in CS50 (and its Harvard Extension School counterpart, E-52) displayed their mobile apps, websites, and other creations.

While the CS50 final projects only account for 10 percent of students’ grades, the assignments are limited by not much more than students’ ambitions and imaginations.

“All we ask is that you build something of interest to you, that you solve an actual problem, that you impact campus, or that you change the world,” the assignment reads.

The more than 500 projects on display lived up to that formidable challenge. Some were practical: an Android app for WHRB, Harvard’s radio station; a Harvard Crimson social media reader for Facebook; a website to allow Harvard students to buy and sell textbooks. Perhaps revealing undergraduates’ overarching concerns, an unusually high number of projects were designed to help users navigate Harvard’s dining halls.

Other projects were designed to help shepherd the Facebook generation through the treacherous terrain of digital etiquette; for instance, the Google Chrome browser extension Facebook Stalker, created by Tyler Barringer, allows users to browse Facebook in a “safe mode” that will prevent them from accidentally liking content or adding friends whose pages they wanted to view in anonymity. Censorbook, another Chrome extension, created by Lydia Chen, allows Facebook users to filter unwanted posts out of their news feeds by targeting specific keywords (a tool that might have found an eager fan base during the fall’s contentious election).

The long-running course has grown in popularity in recent years under the guiding hand of instructor David Malan, senior lecturer in computer science at the Harvard School of Engineering and Applied Sciences (SEAS), who began teaching it in 2007 and who launched an edX version, CS50x, this fall. The CS50 Fair, started in 2008, has helped to turn the course into an essential undergraduate experience.

“The goal [of the fair] is to give students an opportunity to showcase the work that they’ve done, particularly if they come from this demographic that we call ‘those less comfortable,’ ” Malan ’99, S.M. ’04, Ph.D. ’07, said. “They’re starting, really, from zero miles per hour and are exiting the semester having come quite a distance.”

Unlike in most computer science courses, those newcomers actually are the majority in CS50. (Around 10 percent of students enrolled describe themselves as more comfortable with programming concepts; Malan offers those students “hacker editions” of the class’ problem sets to keep them engaged.)

And while computer science remains a male-dominated field — the number of bachelor’s degrees awarded to women has actually declined in the past decade, according to the National Science Foundation — more than a third of CS50’s students are women.

“What CS50 does a good job of is just making the field seem cool,” said freshman Diane Yang, who along with freshman Kim Soffen had created Harvard Food Finder, a program that uses spam filter technology to sift through listserv emails about campus events and elegantly display those that promise free food. “Cool attracts everybody.”

Conquering CS50’s steep learning curve can be part of the appeal for students lacking a computer science background. To create his final project, sophomore Ryan Osleeb had to learn an entirely new programming language that hadn’t been covered in the course, he said, but the CS50 experience gave him the confidence to tackle the task.

“Coding is a skill, and the only way you can develop a skill is through time and practice,” said Osleeb, whose Nap App lets users play soothing music on a timer that gradually lowers the music’s volume, thus helping them to drift off to sleep. “When you look back and see how far you’ve come, it’s a great feeling. While it is stressful, I think the success of this class is that you learn a lot, just about your computer in general.

“We use these products every day. I carry one around in my pocket,” Osleeb said, grabbing his iPhone. “Knowing how they work is an empowering thing.”