A call for creative know-how 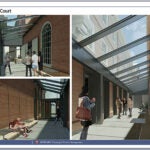 Yo-Yo Ma was deep into a moving performance of a Johann Sebastian Bach saraband last Thursday when someone in the crowd started singing along.

Fortunately, it wasn’t an overzealous fan but Chinese musician Wu Tong, a member of Ma’s Silk Road Ensemble. Together with the famous cellist, he seamlessly transitioned from the classic work to “Swallow Song,” a traditional Chinese/Kazakh piece arranged for voice, cello, and sheng, a Chinese mouth organ.

The eclectic performance at the Harvard Innovation Lab (i-lab) was a fitting experiment for the afternoon event: the kickoff of a Harvard initiative aimed at supporting the arts by connecting the worlds of art and business, Harvard’s student body, and the wider Harvard community.

In November, 13 deans from across the University announced the Deans’ Cultural Entrepreneurship Challenge, a contest hosted by the i-lab that will award $75,000 in grants to support projects that help promote and sustain the arts and expand their impact in the world. The competition is supported by friends and alumni of Harvard and by the Office of the President.

“It’s a dream to have this interface between the arts and business, to try and create sustainable organizations that bring more art to the world,” said Harvard Business School (HBS) Dean Nitin Nohria, delivering opening remarks at the event. “This is just the beginning of a small venture,” he added, “that we hope will create a broader movement about cultural entrepreneurship.”

Announced in tandem with the Deans’ Health and Life Sciences Challenge, launching Tuesday with its own i-lab event, the arts challenge was developed in partnership with HBS and the Division of Arts and Humanities in the Faculty of Arts and Sciences, as well as with Ma and his Silk Road Project, a nonprofit inspired by the cultural exchange along the ancient Eurasian Silk Road trade routes that connected East with West. (The project promotes innovation and learning through the arts and is in the midst of a five-year residency at Harvard.)

Ma, celebrated for his efforts to help expand cultural awareness and the appreciation of music in its myriad shapes and forms, borrowed a science term on Thursday to describe the new Harvard challenge. “Many of you know edge effect is when two different ecosystems meet and what happens at that [intersection]. Well, you have much more diversity of new life, and I think that’s what we are talking about.”

The collaboration on cultural entrepreneurship began to take shape about two years ago when Ma invited Nohria to dinner. During that “magical conversation,” said the HBS dean, the pair envisioned a rich connection between art and business. With support from donors and members of the Harvard community, they developed the new challenge, opening it to undergraduates, graduate students, and postdoctoral candidates as a way to help foster interdisciplinary teams of collaborators.

The i-lab, Harvard’s newest home for entrepreneurial activity, located in Allston at the edge of the HBS campus, will host three workshops in January and February to support students during the application process. In April and May a group of finalists will receive mentoring and $5,000 to help fine-tune their proposals. The $75,000 grand prize will be awarded in May; it will be distributed to one winner and up to four runners-up.

The project’s co-chair, Diana Sorensen, dean of arts and humanities and James F. Rothenberg Professor of Romance Languages and Literatures and of Comparative Literature, said the effort is in line with Harvard President Drew Faust’s commitment to the arts and to using entrepreneurship to solve pressing social challenges.

“It’s an example of what a university can do, and how it can create this extraordinarily productive conversation between the enlightened, resourceful know-how of the Business School and the passionate, creative, expressive world of the arts and art making.”

The project has already gained traction. Students swarmed the i-lab, eager to hear selections from Ma and his ensemble, learn more about the project, and network with professors and musicians about potential ventures and projects.

Harvard Business School student Marc Appel said the initiative builds on the need to develop innovative structures and models that will help arts and cultural organizations flourish in the face of increasingly limited funding opportunities.

“Harvard is trying to add itself to the cultural mix and be there as a resource to funnel innovation. … There is a big need at this point in time.”