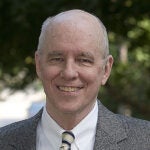 William Kaye Estes, Daniel and Amy Starch Professor of Psychology, Emeritus, earned recognition early on as a member of a rare category containing those who exhibited both sterling personal leadership and outstanding intellectual contributions. His creative scholarship centered on learning theory, to which Harvard University’s own B. F. Skinner contributed in a major way. Many psychologists believed that the hard facts of learning theory needed a formal structure that could give rise to precise predictions. Bill Estes filled this need in 1950 in a classic paper, “Towards a Statistical Theory of Learning,” which described how organisms sampled the elements of a conditioning stimulus over successive trials so that, in time, the stimulus reliably evoked a conditioned response. Fred Skinner was not pleased that one of his best graduate students had abandoned the strict orthodoxy of behaviorism and theorized about mental events. Bill’s argument was so elegant it became one of the seedbeds for what evolved into the sub-discipline of mathematical psychology with a journal and a society founded in 1964 and 1977 respectively. Bill, along with Kenneth Arrow, Patrick Suppes, Richard Atkinson, R. R. Bush, and Duncan Luce, made pioneering contributions to many cognitive domains over a period spanning more than a half century.

After spending his undergraduate and graduate years at the University of Minnesota and obtaining a Ph.D. with Skinner, Bill was called into the armed forces during the Second World War, during which he served as Commandant of a POW camp. After the war Bill was recruited to Indiana University and became an outstanding chair of the psychology department. From Indiana Bill went to Stanford University, then to Rockefeller University, and finally to Harvard in 1979. After his retirement in 1989 he returned to Bloomington with his wife, Kay, whom he had met as a student. They were married for close to 70 years. Bill died on August, 17, 2011, at age 92, several months after Kay’s death.

While Bill was a member of Harvard’s faculty, he and Kay lived in the gracious home built by William James. This grand house provided them with the opportunity to display their generosity as hosts for visitors, students, and postdoctoral fellows. The ambience was especially festive during their annual holiday open house, where guests found prominent Cambridge residents mingling with faculty and students from Harvard and many area institutions.

A quiet, reserved scholar who often waited what seemed like an eternity before answering a question, Bill nevertheless became an effective editor of three of psychology’s premier journals; namely, Journal of Comparative and Physiological Psychology, the Psychological Review, and Psychological Science, for which he was the first editor. He also edited the six-volume Handbook of Learning and Cognitive Processes. In addition, Bill was one of the founders of the Psychonomic Society, the leading organization for experimental psychologists. Seldom do mentors with his

introverted personality recruit unquestioning, long-term loyalty from many students. Here, too, Bill challenged expectations. Indeed, during his tenure at Harvard he was influential in shifting the mentoring of graduate students from ad hoc advisor groups to supervision by a single professor whose research matched the student’s interests.

Given his quiet demeanor in personal interactions, many who did not know Bill well were surprised by the fact that his public presentations were coherent, clear, and peppered with humor. Many anecdotes capture a rare combination of reserve and playfulness. Two are worth citing.

A second incident occurred when Bill was on the Stanford faculty attending one of the regular Friday afternoon research meetings at which the neuroscientist Karl Pribram was present. Bill was trying to explain an unusual set of results that had been presented by one of Pribram’s students. Bill began his suggested interpretation by saying, “Suppose there are a series of little drawers in the brain . . . .” At this point Pribram interrupted Bill by saying, “I have never seen any drawers in there,” to which Bill replied, “They’re very small.”

Bill received almost every possible honor. He was a member of the National Academy of Sciences, the American Academy of Arts and Sciences, a recipient of the National Medal of Science, the Distinguished Scientific Contribution Award of the American Psychological Association, the Warren Medal from the Society of Experimental Psychologists, and was a William James Fellow of the American Psychological Society. The citation for the National Medal reflects the vast extent of Bills’ contributions. It read, “For fundamental theories of cognition and learning that transformed the field of experimental psychology and led to the development of quantitative cognitive science. His pioneering methods of quantitative modeling and an insistence on rigor and precision established the standard for modern psychological science.”