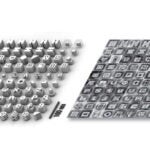 By SEAS and Wyss Institute Communications

Two Harvard-led teams are among the 66 selected by the Department of Energy’s Advanced Research Projects Agency – Energy (ARPA-E) that will receive a total of $130 million in funding through its OPEN 2012 program, which is designed to support innovative energy technologies, Secretary of Energy Steven Chu announced on Wednesday.

The projects have the potential to produce game-changing breakthroughs in energy technology, form the foundations for entirely new industries, and have large commercial impacts, according to Chu, who noted that the selected projects encompass 11 technology areas in 24 states, and support the Obama administration’s “all-of-the-above approach” to solving the nation’s most pressing energy challenges.

SEAS and storage batteries
To give renewable energy a fighting chance, Aziz’s team, led by SEAS engineers and chemists, will use its one-year innovation grant to develop a new type of storage battery.

“Storage of very large amounts of energy is required if we are to generate a major portion of our electricity from intermittent renewable sources such as wind turbines and photovoltaics,” said Aziz, who is the lead investigator. “Currently no cost-effective solution exists to this large-scale storage problem. Flow batteries may make stationary storage viable in the marketplace, and that will enable wind and solar to displace a lot more fossil fuel.”

A type of highly rechargeable fuel cell, flow batteries are suitable for storing large amounts of electrical energy in the form of liquid chemicals, which are flowed past the electrochemical conversion hardware and stored externally in inexpensive tanks that can range in size. This permits each designer to independently size the electrochemical conversion hardware (which sets the peak power capacity) and the chemical storage tanks (which set the energy capacity).

Aziz foresees using next-generation flow batteries for local energy storage, such as in the basement of a house or office outfitted with rooftop solar panels, or, on a larger scale, directly integrated into wind and solar farms. The technology could even outcompete lead-acid batteries for solar energy storage in remote areas without access to a grid.

“While not eliminating fossil fuels, flow battery storage potentially eliminates a barrier to doing so within the existing energy system and market,” said Aziz. “The best engineering and chemistry alone are not enough to solve our energy challenges. Compatibility with current infrastructure is almost always essential, and economic viability is always essential. Flow batteries may play a huge role in our transition off of fossil fuels, and I am very excited that Harvard has the opportunity to develop a potential game-changer.”

Wyss and self-repairing pipelines
Millions of miles of pipelines crisscross the United States alone, and when they become fouled by the likes of bacterial colonization or corrosion, the flow of fuel is reduced — causing tremendous energy loss. In fact, undesirable interactions between liquids and surfaces create problems just about everywhere liquids are handled or moved around: in fuel or water pipelines, medical tubing, power lines, and more, according to researchers at the Wyss Institute.

But there is hope for drag-free transport in a material called SLIPS (slippery liquid infused porous surfaces) that repels just about anything it encounters. SLIPS, a technology inspired by the slippery surface of the carnivorous pitcher plant, creates novel super-slippery surfaces that can quickly repel liquids and solids and also have a unique ability to self-repair and to self-clean. Nontoxic and anti-corrosive, SLIPS is proving effective on almost any surface, including glass, plastics, and metals, and under a range of harsh conditions, such as high pressure, freezing temperature, extreme UV exposure, and high acidity.

Aizenberg, with support from Wyss postdoctoral fellow Tak-Sing Wong, was selected by ARPA-E to further develop this coating. Under the proposed ARPA-E-funded work, the SLIPS technology will be leveraged to create novel pipeline surfaces that enable the energy-efficient transport of economically important fluids such as crude oil and biofuels in a range of temperature conditions.  The reduced friction enabled by SLIPS has the potential to reduce energy use by up to 50 percent.