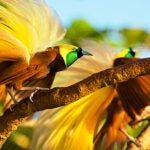 A new rapid test for tuberculosis (TB) could substantially and cost-effectively reduce TB deaths and improve treatment in southern Africa — a region where both HIV and tuberculosis are common — according to a new study by Harvard School of Public Health (HSPH) researchers.

“This test is one of the most significant developments in TB control options in many years,” said lead author Nicolas Menzies, a Ph.D. candidate in health policy working at HSPH. “Our study is the first to look at the long-term consequences of this test when incorporated into routine health programs.”

The study appears online in PLOS Medicine after 5 p.m. today.

Tuberculosis is an infectious disease that kills more than 1.5 million people annually — primarily in low- and middle-income countries. An estimated 9 million people developed the disease in 2010. HIV-infected patients are particularly vulnerable to TB, which is spread through airborne droplets when people with active disease cough or sneeze.

Rapid and accurate diagnosis is key to preventing the spread of the disease. The World Health Organization (WHO) recently recommended the use of Xpert, an automated DNA test that can show a result within two hours, for people at high risk of multi-drug-resistant TB and/or HIV-associated TB. Many countries are already moving to adopt the test.

Menzies, senior author and professor of global health at HSPH Joshua Salomon, and colleagues conducted a modeling study to investigate the potential health and economic consequences of implementing the Xpert test in Botswana, Lesotho, Namibia, South Africa, and Swaziland. They found that replacing the current diagnostic approach (which relies on identifying TB in patient’s sputum using a microscope) with one based on the Xpert test would prevent an estimated 132,000 TB cases and 182,000 TB deaths in southern Africa over 10 years, reducing by 28 percent the proportion of the population with active TB.

The researchers estimated that the cost of widespread implementation of the Xpert test in southern Africa would be $460 million over the next 10 years, with the majority of these additional costs arising from increased utilization of TB and HIV treatment services. In particular, as the new test provides information on TB drug resistance, many more patients would be referred for treatment of multi-drug-resistant TB, which is expensive in this setting. The additional HIV treatment costs are a result of the success of the intervention — as individuals co-infected with TB and HIV receive better TB care, their survival improves, increasing the total number of people receiving HIV treatment.

Taking into account both the additional costs and the health benefits from use of the new technology, adoption of the Xpert test in southern Africa would be a good value for the money, according to WHO standards. The researchers found that the cost per year of healthy life gained from adopting the new test ranged from $792 in Swaziland to $1,257 in Botswana. While these results suggest that scaling up Xpert can be a good health investment, the cost per healthy year gained is substantially higher in this study than in previous reports, and the economic results raise questions about affordability that will be critical for policymakers to consider.

Menzies also cautioned that the study’s findings may not be applicable elsewhere, and that other countries may find more cost-effective interventions than Xpert to adopt first. “Given the fundamental influence of HIV on TB dynamics and intervention costs, care should be taken when interpreting the results of this analysis outside of settings with high HIV prevalence,” he said.

Support for the study was provided in part by UNITAID and a training grant from the Harvard-affiliated Massachusetts General Hospital’s Program in Cancer Outcomes and Training.