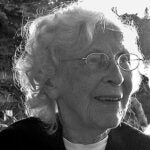 Ronald F. Thiemann, Bussey Professor of Theology and former dean of Harvard Divinity School (HDS), died on Nov. 29 at the age of 66.

A noted scholar, theologian, teacher, and administrator, Thiemann was a leading voice in discussions about contemporary theology and the role of religion in American public life. Prior to being named, in 2006, to the Bussey Professorship — Harvard’s oldest endowed chair in theology — he was professor of theology and professor of religion and society at HDS.

Thiemann was appointed dean and John Lord O’Brian Professor of Divinity at HDS in 1986 and served in that capacity until he stepped down from the position as dean in 1999 to devote his time fully to teaching, lecturing, and writing.

A resident of Concord, Mass., Thiemann is survived by his wife, Beth A. Thiemann; his two daughters, Sarah Thiemann Connolly and Laura Thiemann Scales; his sons-in-law, William J. Connolly and Daniel Scales; and four grandchildren.

Visiting hours will take place at Dee Funeral Home, 27 Bedford St., Concord, on Tuesday from 5 to 8 p.m. Funeral services will be held at the Lutheran Church of the Redeemer, 60 Forest Park Road, Woburn, Mass., on Wednesday at 10 a.m. A memorial service will be held at Harvard University early in 2013.

To read the full obituary, visit the HDS website.