Reising serves those who serve 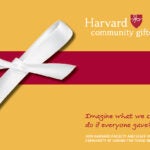 Imagine if everyone gave

Harvard Law School (HLS) student Jesse Reising was eager to start his career as an officer in the U.S. Marines Corps upon his graduation from Yale — until his dream was derailed by a violent collision as he made a tackle during the 2010 Yale-Harvard football game, resulting in partial paralysis of his right arm.

Medically disqualified from the Marines (he’d attended Officer Candidates School during college), Reising decided to serve those who serve in the military. Last summer, at Yale, he and two friends launched Operation Opportunity, with an initiative called the Warrior-Scholar Project, a two-week “academic boot camp” to help veterans transition from the military to college. Nine veterans from four of the five branches of the military participated in the intensive workshop, attending classes on writing and reading, working closely with academic tutors, and enjoying nightly dinner discussions. Their instructors included Pulitzer Prize-winning author John Lewis Gaddis and Yale Dean of Undergraduate Admissions Jeff Brenzel.

The program was such a success that it will expand at Yale next summer to include 24 warrior-scholars who plan to enroll in colleges around the country. And in 2014, Reising and Marine Corps veteran Peter Brooks ’06, who is now an M.B.A.-M.P.P. joint degree candidate at Harvard Business School and Harvard Kennedy School, will extend the Warrior-Scholar Project to Harvard University. They recently received a generous offer from former Treasury Secretary Nicholas F. Brady, a 1954 graduate of Harvard Business School, who has pledged to donate $50,000 to the program each year for the next three years, provided his donation is matched two-for-one.

Before matriculating at HLS, Reising worked for six months in Afghanistan’s Kunar province as a contractor. But he wanted to do more, and the Warrior-Scholar Project is helping fulfill his passion for public service.

“Veterans transitioning to college likely have not used academic skills since high school and have difficulties adjusting to a fundamentally different social and cultural environment,” says Reising, who hopes to become a federal prosecutor. “Unfortunately, these challenges often lead to veterans’ dropping out of college before earning their degrees. We believe that veterans have the potential not only to succeed in college, but to be leaders in the classroom. We seek to unlock that potential.”