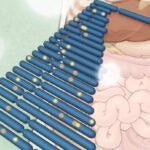 It is one of the ironies of sleep research that scientists stay up all night to do it.

Across Harvard’s Schools and hospitals, approximately 100 faculty members, fellows, technicians, and students study sleep, with some regularly burning the midnight oil, chugging coffee, drawing blood, and blearily staring at polysomnograph readouts, seeking insights into a phenomenon so familiar that we all do it daily but so unknown that none of us really understands why.

“It’s one of the big remaining mysteries in biology,” said Alexander Schier, professor of molecular and cellular biology, who is using laboratory zebrafish to probe the genetic basis of sleep. “We don’t know why we sleep, what it is good for, and why we spend a third of our lives asleep.”

Even as we adjust our clocks and sleep this weekend, researchers across Harvard are taking a variety of approaches in their investigations, examining the practice of sleep through studies of circadian rhythms and sleep-wake cycles, probing dysfunctions like sleep apnea and narcolepsy, examining sleep’s substance by recording brain waves during normal and disrupted periods, documenting sleep deprivation during long hours in the workplace, and investigating the health effects of sleep-deprived lives: increased rates of obesity, diabetes, cardiovascular disease, and cancer.

Harvard’s efforts in this area have grown steadily over the past 50 years. Today, the University and its affiliated institutions form one of the world’s premier centers for sleep research, drawing $20 million in grants annually and running clinical programs at affiliated hospitals that bring in 20,000 outpatients a year and provide another 5,000 bed-days for patients needing analysis of brain waves, eye movement, muscle movement, heart rate, and breathing to diagnose and treat sleep disorders.

Harvard’s sleep research effort occurs under the umbrella of Harvard Medical School’s (HMS) Division of Sleep Medicine, begun in 1997 by then-Dean Joseph Martin as a way to promote sleep research and clinical care while also providing training for the next generation of scientists and physicians.

While no one understands yet why we sleep or what happens to us when we do, Harvard researchers have made a number of discoveries that have cracked open the door to understanding. Charles Czeisler, Baldino Professor of Sleep Medicine at HMS, head of the HMS Division of Sleep Medicine, and head of the Division of Sleep Medicine at Harvard-affiliated Brigham and Women’s Hospital, has made advances concerning sleep-wake cycles, from determining that the average intrinsic sleep cycle is just a few minutes over 24 hours, to understanding how to use light to reset the body clock, to the discovery of a light-detection system that bypasses the eye’s visual system and synchronizes the body clock with day and night.

Researchers hope to understand the effects of disrupted sleep on our lives. Frank Hu, professor of nutrition and epidemiology at the Harvard School of Public Health (HSPH), showed that working night shifts is not only bad for your health, the effects worsen the longer you do it. Czeisler has picked a fight with the medical education establishment by arguing — and showing in studies — that forcing young doctors to work 24-hour-plus shifts impairs their judgment, puts patients at risk of serious medical errors, and puts the doctors at risk when driving home in an exhausted fog.

Susan Redline, Farrell Professor of Sleep Medicine at HMS and at the Brigham, has uncovered associations between sleep-disordered breathing, which includes sleep apnea, and dementia, while Ronald Kessler, the McNeil Family Professor of Health Care Policy at HMS, last year tallied the toll that insomnia takes on the American workforce, putting a price tag of $63.2 billion on lost productivity annually.

Though sleep remains a mystery, research at Harvard and elsewhere has shown that it is much more important to our overall health than was previously appreciated, which prompts researchers to express frustration that their findings are routinely ignored by a nation obsessed with getting to work on time, getting the job done, and getting ahead.

“I still think the overarching cultural drive is that sleep, though sometimes pleasant, is something that gets in the way,” said Jeffrey Ellenbogen, assistant professor of neurology at HMS and director of the Sleep Laboratory at Harvard-affiliated Massachusetts General Hospital (MGH).

“We tend to view sleep as something that impedes our personal and professional aspirations. … If only that corporate executive could sleep four hours instead of eight, he could be a much better executive.”

Czeisler began investigating sleep while working on his senior thesis as an undergraduate at Harvard in the 1970s. Today a professor at HMS and the Brigham and principal investigator of a laboratory where white-coated technicians monitor sleeping volunteers for weeks at a time, Czeisler has made his name not only by illuminating the human circadian rhythms, but also by investigating workplace practices.

Early in his career he investigated shift work at a round-the-clock potash manufacturer that weekly rotated its workers to earlier shifts. Czeisler recommended changing the shift rotation direction, moving workers to later shifts to better align with circadian rhythms, and having workers keep the same shift for several weeks at a time, with several days off between shift changes. The result was a 20 percent increase in productivity.

More recently, Czeisler has focused on the medical industry and the long shifts routinely asked of physicians and trainees. In a series of studies, Czeisler and researchers in his lab showed that long hours — originally instituted to improve care by keeping the same doctor in charge of a patient through large portions of their treatment — were actually harming patient care.

Among other findings, Czeisler and colleagues showed that interns working more than 24 hours per shift made 36 percent more errors, including 56 percent more serious errors not caught by a supervisor, than an intern working a shorter shift. A national study of 2,700 interns found that working more than 20 hours in a row resulted in 73 percent more needle-stick injuries. It also showed that one in five fatigue-related mistakes resulted in patient injury, with one in 20 interns nationally admitting that they’d made a fatigue-related mistake that led to a patient’s death.

Those results got the attention of the medical establishment, but there has still been resistance to changing a system that dates back more than a century, through which virtually all of today’s physicians have come, Czeisler said.

“It was not greeted warmly in all circles,” Czeisler said.

Though movement has been slow, the effort has resulted in incremental reform, with recommendations in place that first-year residents work no more than 16 hours at a stretch. Czeisler is at work on studies to examine whether second- and third-year residents could benefit from similar changes, and has also set his sights on surgeons who operate after being on call overnight. A 2009 study showed that the risk of complications rises 170 percent if a surgeon has less than six hours of sleep before performing an operation.

Learning in the lab about sleep

At MGH, volunteers snooze at the nearby Holiday Inn in the name of science. A suite has been converted into a sleep lab, headed by Ellenbogen. He is investigating perhaps the deepest part of the mystery, the substance of sleep: what is happening in our brains that is of such importance that we lose awareness of the world around us.

Specifically, Ellenbogen is examining our reduced sensitivity to external stimuli. He’s conducting experiments in which volunteer sleepers wired to polysomnographs — machines that measure bodily functions of sleepers — are awakened for periods so brief that the subjects don’t remember them the next day.

“One side [of the research] is examining how the brain precludes sensory information,” Ellenbogen said. “The other side is what the brain is doing so it wants to preclude information. I can’t — and nobody can yet — get into the mental content of sleep itself. …  There’s a big gap between what we know and what’s happening.”

Over on Harvard’s main campus, students and fellows are staying up late looking not so much at the brain during sleep, but rather at the genes that control what the brain does. In Schier’s lab in the Faculty of Arts and Sciences’ Department of Molecular and Cellular Biology, Schier and colleagues use zebrafish as a model animal. Though most of his lab is devoted to developmental studies — for which the transparent fish are ideal models — about a third of his work looks at sleep.

Under normal conditions, zebrafish are active for about 14 hours and then go into a sleeplike state of reduced activity. By observing the fish, Schier can find individuals that sleep more or less than their companions. By examining which genes are active and looking for differences between normal, short-, or long-sleeping fish, Schier is hoping to zero in on genes — and the compounds that they produce­ — that play roles in sleep.

Hazardous to your health

Though the function of sleep remains mysterious, its importance to health is becoming clear. HSPH’s Hu has utilized data from the long-running Nurses’ Health Study to examine the linkages between sleep habits, shift work, and health.

Hu said about half of the relationship between shift work and diabetes can be explained by weight gain. Working at night means disrupted circadian rhythms and increased sleep deprivation, which increases the hunger hormone ghrelin. Hungry night workers have fewer restaurants to choose from and often resort to eating junk food in vending machines.

Disrupted sleep is hazardous even beyond its dietary effects and has been shown to increase blood pressure, increase insulin resistance, disturb glucose metabolism, and influence the development of some cancers, such as colorectal and breast cancers.

“Most research is focused on diet and exercise,” Hu said. “We’re missing the third pillar of health, which is sleep.”