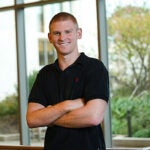 Reising serves those who serve

Eighty years to the day from when Harvard’s Memorial Church was dedicated in honor of the University’s dead from World War I, members of the University community gathered again in the sacred space on Veterans Day weekend to remember the fallen heroes of wartime, and to welcome a new spiritual leader.

The Rev. Jonathan Walton’s  installation as the Pusey Minister and Plummer Professor of Christian Morals on Sunday coincided with Harvard’s annual ceremony to commemorate those who died for their country.

“We are all beneficiaries of someone else’s sacrifices,” said Walton, citing his own indebtedness to his distant ancestors and extended family, as well as the nation’s debt to its war dead and its veterans. “None of us are self-made women or men, for it’s by the good will and grace of another, seen or unseen, that our imaginations, our aspirations, and our industriousness are able to take root and blossom into what we have to call achievement.”

Walton’s friends and family, as well as members of the Harvard faculty, the administration, the military, and the Harvard community filled the church for the service. Several attendees took part in the formal celebration. David Hempton, dean of Harvard Divinity School (HDS), read a lesson from the New Testament, and a number of undergraduates read prayers and assisted in the service. At Walton’s request, sisters and Lowell House residents Arielle and Danielle Galler Rabinowitz ’14, whom he met while he served as a Lowell House resident scholar, sat side by side at the piano and played Hungarian Dance No. 1 in G Minor by Johannes Brahms.

The Rev. Charles G. Adams, a former professor at HDS and pastor of Hartford Memorial Baptist Church in Detroit, delivered the day’s sermon, a moving talk titled “Yes We Can.”

Walton’s longtime friend and mentor put a spiritual spin on the slogan from the 2008 presidential campaign. “Yes, we can do the impossible,” Adams told the congregation. The pastor told his listeners that the impossible — in everything from the inability to count calories, to quit smoking, to “maintain my sanity in an insane society,” or to lead fulfilling lives — is possible with faith in God and each other.

“Yes, we can, together. Together we can. … We can do the impossible through Christ and through human community, which makes all things possible.”

The official installation was officiated by Harvard President Drew Faust, who asked Walton as he stood with his family at the front of the church: “Do you, in the presence of this congregation, commit yourself to these new trusts and responsibilities?”

“With God’s help, I do,” Walton responded.

Faust then asked the congregation, in “witnessing this new beginning,” if it would pledge to support and uphold Walton. “We will, with God’s help,” the attendees answered. She then instituted Walton and introduced him to the crowd, which received him with loud applause.

In brief comments, Walton echoed Adams’ sentiments. He praised the community of family, friends, scholars, teachers, and mentors who have “played such a critical role in my life and my academic and human training.” He also praised his new home, and the welcoming Harvard community. “[My family and I] praise God for giving us you. We love you. We thank you. Yes, we can, by God’s grace, and with the love of one another.”

“This building honors those who paid the ultimate price with their lives in World War I,” said Walton. “And while, unfortunately since that time, the list of the war dead continues to grow along the wall, we continue to embrace the sublime principles of dedication and sacrifice that animated their efforts.”

Prior to the day’s service, Nathaniel Katz, the church’s Epps Fellow, offered encouraging words to the three young Army Reserve Officers’ Training Corps (ROTC) cadets from Harvard who served as the official Color Guard for the ceremony and placed the wreath in the Memorial Room as the church’s bell tolled.

“You are the reason we are here today,” said Epps. “We are grateful, very grateful.”

For ROTC cadet and sophomore Sophia Chua-Rubenfeld, the ability to take part in the service carried special meaning. “My grandparents were liberated by Gen. Douglas MacArthur in the Philippines during World War II,” said the Kirkland House resident. “It was very important for me to be able to thank and commemorate the veterans who played a part in that, and in other conflicts.”

The legacy of the Rev. Peter J. Gomes

Walton’s desire to build community is in close keeping with that of his predecessor, the Rev. Peter J. Gomes. Walton has introduced a coffee hour following Morning Prayers, offering those attending the chance to get to know one another following the brief daily service. He also hosts regular tailgate parties prior to Harvard home football games at Sparks House, a practice that follows in the footsteps of Gomes’ weekly Wednesday teas.

“Everybody may not belong to Memorial Church … but we belong to everybody,” Walton said in an interview earlier in the week. “We are in the business here of educating minds, enriching hearts, and expanding lives. And I think that can impact everybody and anybody.”

Florence Ladd, who directed the Mary Ingraham Bunting Institute, the precursor to the Radcliffe Institute for Advanced Study, from 1989 to 1997, grew emotional when reflecting on the institution service. A longtime member of the church, Ladd got to know Walton while working with the Senior Common Room at Lowell House. She wrote a letter recommending him for the Memorial Church position.

“I am thrilled and moved beyond belief in this moment,” Ladd said. “I think he has enormous promise. I think he will make his own path and leave his own footprint on this church, inspired by God.”

Marcia Potter, the mother of Epps Fellow Katz, regularly listens to the church’s weekly radio service from her home in California, and she said Walton inspired both hope and healing.

“I just felt like the connection from Peter to Jonathan was fully achieved today. Peter was remarkable, and you can see within Jonathan all the possibilities and promise,” said Potter during a reception that Faust hosted after the service. “Everything about the joy we felt in past, I felt today too. It was a healing feeling for me today.”