Help with kids. And pets. And … 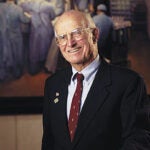 When Tessa Lowinske Desmond’s husband was offered a tenure-track position at Harvard in 2010, the opportunity proved too enticing for the academic couple to resist. But the Desmonds’ dream job was also every new parent’s nightmare: a distant relocation to a city where they knew virtually no one.

“We moved from Wisconsin, with newborn in arms, excited to be at Harvard but nervous to not have any resources,” Desmond said, referring to child-care help for her son, Sterling, now almost 3. Last year, the Desmonds turned to a resource that has been gaining ground among Harvard parents: the WATCH Portal, an online child-care hub that helps connect faculty, staff, and graduate student parents with student sitters.

“It was just a huge blessing for us,” said Desmond, the program administrator for ethnic studies in the Faculty of Arts and Sciences (FAS).

Heartened by early success stories like Desmond’s, the Office of Work/Life and the Office of Faculty Development and Diversity (FD&D), which jointly developed the WATCH Portal last year, are expanding the site’s features.

The WATCH Portal (Web Access to Care at Harvard Portal) grew last month to allow postings for a variety of odd jobs. Anyone with a Harvard PIN can now post and view listings seeking Harvard students (or the teenage children of Harvard employees) to help with yard work, dog walking, house sitting, and other chores.

“It’s not just parents who are juggling multiple tasks, and Harvard gets that,” said Nancy Costikyan, director of the Office of Work/Life. “This expansion is one more way that Harvard can support the very busy lives of all our faculty and staff.”

The update was in part spurred by direct requests from faculty, said Judith Singer, senior vice provost for FD&D and Harvard’s James Bryant Conant Professor of Education. Already, posts have sprung up on the site seeking everything from a housekeeper to a personal chef willing to cook vegetarian meals.

“Some people with older children said they no longer needed child care, but would welcome tutoring for their teenagers,” Singer said. “Others without children said they’d love to get a student to help with odd jobs, from dog sitting to stacking wood.”

In its first year, the WATCH Portal garnered 1,566 users; two-thirds were parents, the rest were job-seeking students. And visitors were making real connections: Nearly 700 emails have been sent between baby sitters and parents using the site.

When her former baby sitter became unavailable, Mylène Priam, an associate professor of Romance languages and literatures in FAS, said she immediately thought of the WATCH Portal.

Priam had used Craigslist to look for a nanny before the portal launched; she liked that WATCH was vetted and easy to use. That access is free, compared with other online services she’d seen that charge a fee for entry to a database of vetted sitters, was another draw.

“I’m grateful it was there when I was in a conundrum,” said Priam, who routinely uses a baby sitter for her 6-year-old daughter on nights and weekends. “It was great to know there was something like that already out there, that I didn’t have to wrack my brain.”

Then there are Harvard parents like Desmond and her husband, Matthew, an assistant professor of sociology and a junior fellow in the Harvard Society of Fellows, whose jobs entail after-hours commitments that are essential to their developing careers. He had faculty dinners; she had evening events with students and visiting scholars to manage.

Having easy access to baby sitters who lived on campus was crucial, Desmond said. Harvard students often meet her at her office, pick up her son, Sterling, and spend a few hours at the Cambridge Public Library or playing in the Center for Government and International Studies (CGIS) lounge; they’ve even taken Sterling to their Houses.

“He was meeting other students and going to the dining hall, which he thought was great,” Desmond said. “I’m going to tell him he was running the halls of Harvard when he was 2 years old.”

Desmond said she may use the site for dog sitting or house sitting, now that those options are available.

“Having access to the WATCH Portal made our work and our life so much easier,” she said. “It made everything more seamless, and it made it possible for me to be fully present at my job.”