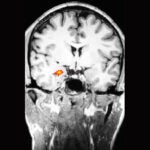 In the late 1940s, U.S. researchers used Guatemalan prisoners, mental patients, and soldiers as laboratory animals, infecting them with syphilis without their knowledge in order to test new treatments for the disease.

The experiments, which came to an end with the development elsewhere of penicillin as a treatment, remained secret until several years ago, when a Wellesley College researcher stumbled upon them while looking into similar cases involving poor African-American men in Tuskegee, Ala.

When news of the experiments came to light in 2010, it sparked an international uproar, claiming headlines and prompting apologies from U.S. Secretary of State Hillary Clinton and Secretary of Health and Human Services Kathleen Sebelius. The news also led to a phone call from President Barack Obama to Guatemalan President Alvaro Colom, who called the experiments “a crime against humanity.”

On Tuesday, a Harvard Law School panel discussed the case, highlighting options for reparations and warning against thinking that something similar can’t happen again.  In fact, one panelist said, new laws in the wake of the 9/11 terrorist attacks, the subsequent anthrax attacks, and global disease outbreaks like H1N1, which were designed to increase protections against liability for disease researchers, could be used to protect those who engage in experiments similar to those in Tuskegee and Guatemala today.

“While we like to think we’ve learned our lessons from Tuskegee and Guatemala, I’m not sure we have,” said Wendy Parmet, a professor and associate dean at Northeastern University’s School of Law.

In addition to Parmet, the panel included Susan Reverby, the Wellesley College professor who discovered the documents; I. Glenn Cohen, assistant professor of law and director of Harvard Law School’s Petrie-Flom Center for Health Law Policy, Biotechnology, and Bioethics; Fernando Ribeiro Delgado, clinical instructor at Harvard Law School; and Holly Fernandez Lynch, executive director of the Petrie-Flom Center. The event, which was held in the Wasserstein Building, was sponsored by the center and the Law School’s Human Rights Program.

The experiments occurred at a time when syphilis was taking a large toll in human life and undermining U.S. troops, Reverby said.  Though the Tuskegee and Guatemala experiments were similar, there was a key difference, Reverby said. In the Tuskegee experiments, researchers withheld treatment but never infected anyone. In those cases, which ran from the 1930s until 1972, African-American men who had the disease were followed to track its course.

In the Guatemalan experiments, however, researchers paid prostitutes who already had syphilis to have sex with the study subjects. The subjects never consented to being infected with the disease and, though some were treated afterward, it is unclear if all were.

Among the thousands of pages of documents and photographs detailing the experiments, there was evidence that the researchers knew what they were doing and knew that it was wrong, Reverby said. The question about how to remedy the situation remains open, panelists said.

In the wake of the revelations, the U.S. government conducted an investigation and took some steps toward making the situation right. The Centers for Disease Control and Prevention and National Institutes of Health pledged funding for programs to fight sexually transmitted diseases in Guatemala, but little was done to compensate the victims, panelists said. In fact, a class action lawsuit on the Guatemalan victims’ behalf was dismissed, largely because there are high hurdles for individuals in other countries to sue the U.S. government, even for American actions in their country.

Still, the panelists said, there are other potential avenues, including congressional approval of a settlement, according to Cohen. Other possible avenues include pursuing remedies through the Inter-American Commission on Human Rights or other international bodies.