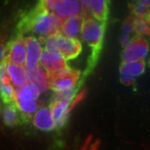 Ethical, legal issues when people travel to other nations for health care

Harvard Law School (HLS) Assistant Professor I. Glenn Cohen lay on a table in a South Korean hospital and tried to relax as a worker wearing a white shirt and black pants methodically drove his elbow into Cohen’s back.

The massagelike form of chiropractic therapy was anything but relaxing, Cohen recalled. “It was the most rigorous massage I’ve ever had. There was no informed consent. I remember thinking, ‘Oh, my God, are they going to break my back?’ ”

Fortunately, Cohen, who recently visited the hospital while researching a new book and was a willing test subject, left with his back intact and with fresh insights about medical tourism. The hospital, one of many springing up worldwide to attract foreign clients, specializes in combining Eastern and Western approaches to medicine.

On the sixth floor, hundreds of pots of customized herbal teas simmered, ready to treat a range of maladies. Other floors were filled with state-of-the-art operating rooms and office suites offering patients more conventional therapies.

Cohen, co-director of HLS’s Petrie-Flom Center for Health Law Policy, Biotechnology, and Bioethics, said that globalization and advances in technology have transformed health care in the past decade, making procedures such as remote diagnoses and telesurgery — in which a surgeon can operate on a distant patient by using a robotically controlled arm — a more common practice. As part of that trend, cheaper travel has led to increasing numbers of people crossing the globe for medical care.

Americans have begun traveling to Mexico for a range of medical procedures. The border towns of Tijuana and Mexicali offer tummy tucks, facelifts, and dental surgeries for a fraction of what such treatments cost at home. And towns on the northern U.S. border have become destinations for Canadians unwilling to wait months to be seen by a doctor in their own country.

Medical tourism can come with benefits, but it also raises a serious a host of ethical and legal questions.

“Growing up in Canada, everybody is obsessed with health care, it’s always the main topic of every election,” said Cohen, adding that Canada’s system offers universal coverage but is plagued by long wait times for non-life-threatening treatments. As a teen, he helped his elderly grandmother navigate increasingly frequent hospital stays and cumbersome forms as her health declined. The experience piqued his interest in health policy and its intersection with legal and philosophical issues, and was a springboard to his career path.

The numbers are difficult to quantify. A survey by Deloitte Consulting Services in 2009 estimated that 750,000 Americans traveled abroad in 2007 for medical care, though other estimates contend the number is likely much closer to 150,000. What is clear is that there has been a rise in medical tourism involving Americans in recent years, said Cohen. And many medical travelers leave the country in search of cost savings.

Listen to I. Glenn Cohen’s Oct. 10 lecture, “Patients with Passports: Medical Tourism, Law, and Ethics, at the Radcliffe Institute for Advanced Study”

A cardiac treatment in India or Thailand could save an American patient roughly 80 percent of what it would cost out of pocket in the United States, said Cohen. Increasingly, insurers (especially self-insured firms) are providing medical tourism options in their plans as a way to cut their own costs, at least where permitted to do so by existing law.

The word “tourism” is surprisingly apt, said Cohen. Many countries, eager to capitalize on the influx of travelers seeking medical care, will include visits to popular local attractions in their treatment packages. A patient undergoing cardiac surgery in India may be offered the chance to see the Taj Mahal beforehand. Other medical facilities have incorporated wellness spas.

“One of the big hospitals in Bangkok, Thailand, looks more like a four-star conference hotel instead of a hospital.”

While many patients are happy to save money and grab a little spa recovery time, some health care experts worry about the quality of care that patients receive when traveling abroad. Others fear a medical “brain drain” of a country’s talented doctors to large hospitals treating foreign patients, resulting in a shortage of doctors in regional facilities.

“There’s a concern that a foreign country’s poor population is being treated at the expense of the host country’s poor residents,” said Cohen. Another potential problem involves botched treatments, because malpractice lawsuits outside the United States are often difficult to pursue.

Part of Cohen’s book focuses on medical practices that are illegal worldwide, such as the sale of human organs. Organized crime often plays an important role in the illicit trade that involves a donor (or perhaps more accurately, a “seller”), transportation of the organ from one country to another, and a doctor willing to perform the transplant surgery, Cohen said. There can also be serious medical complications. Patients traveling abroad may contract an antibiotic-resistant infection, and many donors report getting sicker and requiring additional treatment after surgery, producing an ever-greater drain on the home nation’s health care system.

In researching the illegal organ donor market, Cohen said he was most shocked by the blurring of deep cultural divides. “Ethnic rivalries get crossed here. You have Israelis buying Palestinian kidneys. I just found that fascinating. The sexual or relationship taboos between groups are superseded in the medical marketplace.”

Then there are the patients who are willing to travel for medical services that are illegal in their home countries but legal elsewhere. Some terminally ill Europeans travel to Switzerland, where there is no residency requirement and where assisted suicide is permitted. While many patients travel from overseas to the United States to take advantage of this nation’s lenient reproductive rights technologies, some Americans conversely travel abroad because parental surrogacy is either illegal in their home states or is cheaper elsewhere.

Such practices raise complicated ethical questions involving fields like surrogacy clinics in India, said Cohen, where young women of childbearing age sign contracts and are paid a fee to be artificially inseminated. They are housed in a dormlike facility for the duration of their pregnancies. While there, the women are carefully monitored and must adhere to strict rules.

“On one hand, we have paternalistic impulses to protect people. On the other hand, for many of these people, this may be the best way they have to improve their station in life,” said Cohen. “Part of the book wrestles with these dilemmas.”

Another dilemma involves American parents searching for experimental, risky treatments for their ailing children. Could that practice, Cohen wondered, even if prompted by concern, “be likened to a form of child abuse?”

Cohen was also shocked by the large amounts of money involved in medical tourism and how many people in the field are “out to make a quick buck.”

“When I go to medical tourism conferences, I am always surprised at how many people are in marketing. It seems like an industry much more dominated by the business and the marketing people rather than the health care people.”

Cohen believes that medical tourism in the United States will be tied to the fate of the Affordable Care Act, President Barack Obama’s signature health care reform. If Obama wins re-election and the act it remains in place, the numbers of uninsured and underinsured should drop, making the biggest area for the expansion of the medical tourism industry “those insurance companies that are trying to save money by offering some type of medical tourism option in their plan.”