The narrative of cancer 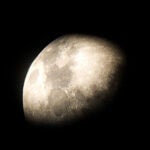 A society’s narrative of cancer often evolves based on the technologies of its time — a truism the medical historian Siddhartha Mukherjee detailed to Pulitzer Prize–winning effect in his book, “The Emperor of All Maladies: A Biography of Cancer.”

In the information age, Mukherjee said last week at Harvard Medical School (HMS), cancer is coming to be seen as an “organismal disease,” one that can be understood by studying the complex networks among and within cells, and among human networks and their environments.

Mukherjee, whose ambitious history received the 2010 prize in general nonfiction, gave the 37th Joseph Garland Lecture. The annual talk is sponsored by the Boston Medical Library, which combined its collections with HMS’s Francis A. Countway Library of Medicine on the School’s Longwood campus in 1960.

The setting was a familiar one to Mukherjee, M.D. ’00, who frequented the library as a Harvard student and later as an oncology fellow at Massachusetts General Hospital.

To a packed auditorium, Mukherjee outlined the fruits of his research into cancer’s roots, a process that was as enlightening for him as it was for his readers. (As a young oncologist, he said, “I was treating patients in the morning, running to do research in the afternoon, and then coming to the Countway Library in the evenings and completing the circle, as it were.”)

“I think books, like scientific discoveries, are successful when they ask and answer questions,” he said. For Mukherjee, the inquiry that drove his book came from a cancer patient who told him, “I need to know what it is that I’m fighting.” Mukherjee said, “My whole book is an answer to that question.”

The problem, he said, is that, to paraphrase the famous quote about the Soviet Union, the history of cancer keeps changing. Over the past 150 years, new technologies have enabled fresh insights about the physiology of cancer, profoundly altering the disease’s role in the popular imagination.

In the 19th century, for example, doctors used microscopes to uncover the existence of cancer cells. The rise of molecular biology in the 1940s and ’50s enabled the discovery of genes, and the “chilling realization” that the same genes that control the growth of normal cells could, when mutated, cause fatal cancers. The advent of gene sequencing in the 1990s led to the idea of cancer as a disease of genomes, not just of mutated individual genes.

In the 21st century, we’ve come to see cancer as “a pathway disease,” Mukherjee said. “The discovery really is of [the role of] networks: not only networks within cells, but networks within microenvironments and networks in our human environments.”

In recent years, scientists have realized that the complex interactions within cells and communication among cells play an important role in the disease’s spread, he said. Likewise, public health researchers have shown the important role of our social networks in the spread of behaviors that can lead to cancer. Nonsmokers, for example, tend to push smokers to the edge of a social sphere, leading smokers to group together in relative isolation.

Describing medical breakthroughs was the easy part, Mukherjee said, compared with tracking down the individuals affected by those groundbreaking treatments over the decades. Medicine, through its good intentions to protect patients’ identities and adhere to rigorous scientific standards, often “erases the patient” — a tough predicament for a historian looking to tell human stories.

To write an accessible book, Mukherjee said, he had to decode the conventions of his field and find the people behind the academic papers — “bring back the name, bring back the identity.” In the case of Sidney Farber’s initial chemotherapy experiments in the mid-20th century, all that was left of the patient record of the first child to successfully enter remission were two initials: R.S.

After months of fruitless searching in Boston, Mukherjee ultimately uncovered R.S.’s identity on a visit to his family in India. Six blocks from his parents’ house, he discovered, lived a researcher who had worked on antifolates in Sidney Farber’s clinic in the 1960s — and who had saved a roster of newspaper clippings from the era.

“Inside was this picture from the Boston Sunday Herald of a child whose name is Robert Sandler — R.S.,” he said, showing a clipping of a young leukemia survivor with his twin brother (who later reached out to Mukherjee after picking up a copy of the book by chance). “The moral of the story is sometimes you have to go 6,000 miles away to discover what isn’t in the library.”