Seeking to connect on water issues 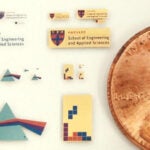 Among key topics at Radcliffe symposium: Unity on policy

There are seven dams on the Missouri River, one of the main tributaries of the mighty Mississippi. And behind those dams lies Louisiana’s coastline.

Tons of silt carried downriver from the Missouri to the Mississippi and then to the Gulf of Mexico have for eons laid the foundation for the Mississippi Delta. The dams, the first of which was built in the 1930s, have cut off that flow, leaving Louisiana with an eroding coastline.

Today, those dams are managed for a long list of purposes: navigation, flood control, water quality, irrigation, hydropower, recreation, and fish and wildlife, but not necessarily for the health of the landforms thousands of miles downstream.

To Gerald Galloway, professor at the University of Maryland, the disconnect between water management matters upstream and needs downstream is a symptom of a larger problem. The United States lacks a national water policy to guide development and use of the nation’s major water resources.

Galloway, an engineer who rose to brigadier general in the Army and who served as dean of academics at West Point, was for seven years a member of the Mississippi River Commission and led the White House study of the 1993 Mississippi River flood. He spoke Friday at the Radcliffe Institute for Advanced Study’s annual science symposium, this year titled “Cloudy with a Chance of Solutions: The Future of Water.”

The event featured talks on a wide variety of water-centric issues, from desalination to pollutants to the dangers of contamination posed by the use of hydraulic fracturing to release natural gas from shale deposits.

Radcliffe Dean Lizabeth Cohen said that water issues reach across disciplines, making them good subjects for examination at the science symposium, which seeks to stimulate both interdisciplinary conversation and collaboration.

To illustrate the sometimes stark choices made to obtain clean water supplies, Cohen raised the specter of four towns — Dana, Enfield, Greenwich, and Prescott — that in 1938 were flooded to form the Quabbin Reservoir and provide water to Greater Boston. Without their disappearance, the growth in population, commerce, and industry in the Greater Boston region may not have been possible, Cohen said.

Joan Ruderman, senior adviser to the Radcliffe science program, said that water is in the headlines regularly today, from stories about chemical pollutants like PCBs being cleaned up to links between water and energy, to the search for water in arid parts of the world.

Galloway, one of the day’s last speakers, said that though we don’t know how the world of water will change, change seems certain.

“It’s a volatile, uncertain, and ambiguous world,” Galloway said. “Things are going to change pretty rapidly and we’re going to have to deal with that.”

Water planning itself has changed over the decades, Galloway said. Engineers used to look ahead, calculate future needs, then design projects to meet them in a somewhat straightforward process. Today, the forecasting process has to take into account a host of possible scenarios and then create flexible plans for multiple outcomes. Today’s planning is also more focused on the short term and on keeping costs low, he said. The 500-year flood standard used to guide policies in the early 20th century has given way to a 100-year flood standard, not because government officials believe it the best way to guard against disaster, but by default, because insurance companies use it to determine flood insurance coverage.

Challenges today include drought and degraded water supplies, increasing flood damage, maintenance of ports and waterways, and environmental protection and restoration. Other challenges include interstate conflicts, crumbling infrastructure, and a lack of assessment that keeps us blind to potential problems, Galloway said.

To meet these challenges, the U.S. has 50 water policies, one for each state. With water growing scarcer and rivers crossing state borders, the state-by-state policies are a recipe for conflict, Galloway said. When it comes to the Missouri, for example, the result is a lot of law regulating it, but no unified policy, Galloway said.

Efforts to move toward a national policy have had a rough road in the past, being ignored or fought outright. Several good scientific studies have been conducted, so the hurdle is not knowledge, Galloway said, but political will.