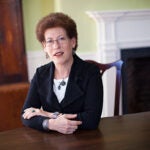 Juan Marichal was born on February 2, 1922, in Santa Cruz de Tenerife in the Canary Islands. In 1935 his father was transferred to Madrid, where Juan’s uncle, Domingo Perez Trujillo, was serving as the Socialist representative for the municipality of Puerto de la Cruz. With the onset of the Spanish Civil War, Juan accompanied his uncle to Valencia (the war capital of the Second Spanish Republic) and then Barcelona, but they were forced into exile and went to France in 1939. Juan began his studies in Paris, but the beginning of the Second World War and the threat of the German invasion forced him once again into exile with his brother Carlos and he moved to Casablanca, where he studied at a French lycée. In 1941 he traveled to Mexico on a ship leased by an organization that provided aid to Spanish Civil War exiles. He spent the next four years at the Universidad Autonoma in Mexico City, where he obtained a Licenciatura from the Faculty of Philosophy and Letters in 1945. After a brief teaching stint at the Luis Vives Institute, also founded by Spanish emigrés, he moved to the United States to pursue a doctoral degree at Princeton University, which he completed in 1949. Americo Castro, a legendary Hispanist and fellow exile, directed Marichal’s dissertation on Benito Jeronimo Feijoo — the Benedictine friar, essayist, and polymath whose intellectual efforts to debunk false beliefs and popular superstitions paved the way for the eighteenth-century Spanish Enlightenment.

Juan Marichal first joined Harvard University in 1949 as an assistant professor. In 1953 he left for Bryn Mawr, but came back to Harvard in 1958. In 1966 he was named Smith Professor of French and Spanish Languages and Literatures. He also served as Chair of the Romance Languages and Literatures Department from 1966 to 1970. He retired in 1988 after 34 years of service.

During that time, he attained a sterling reputation in the classroom as an eloquent and elegant lecturer. His master classes on Hispanic literatures, covering the full span from El Cid to Garcia Marquez, introduced generations of Harvard students to the literary culture and intellectual life of the Hispanic world on both sides of the Atlantic. He was equally at home with Ph.D. candidates in graduate seminars as he was with undergraduates in his perennially popular Humanities 55 (The Literature of the Spanish-Speaking Peoples), later called Foreign Cultures 21, which he taught for almost thirty years until his retirement. Harvard graduates from every professional sphere and not only from the humanities — scientists, athletes, financial leaders — still remember with fondness their Hum 55 introduction to Hispanic cultures.

Firmly committed to Harvard’s international outreach, Marichal also helped foster its intellectual ties with the Iberian and Latin-American worlds through his work with Harvard’s Committee on Latin American and Iberian Studies and as director of the Fellowships Committee for Latin America of the Guggenheim Foundation (1968–1980).

Marichal published his first book La voluntad de estilo in 1957 (substantially revised and expanded in 1984 as Teoria e historia del ensayismo hispanico), a pioneering study on the origins, development, and literary history of the Spanish essay. He then devoted ten years to the first attempt ever at locating and editing the complete works of Manuel Azaña (Mexico 1966-1968), a landmark publication on the Spanish politician and writer of the Second Republic, widely disseminated and avidly read by the generation that had to face Spain’s transition into a democracy. Marichal’s painstaking efforts to establish Azaña’s corpus, not only scattered but suppressed during Franco’s dictatorship, made possible its scholarly recovery and Azaña’s subsequent appraisal as the sharpest political mind in twentieth-century Spain. Bringing his works to the public was such a politically sensitive endeavor that Franco’s government sounded out with the Mexican publishers whether it was possible to purchase the entire run of the edition, nothing but a ploy to have it destroyed. The edition was followed by an intellectual biography, La vocacion de Manuel Azaña (Madrid, 1968), officially proscribed by Spanish censorship until 1971.

His concomitant engagement with Latin American intellectual life bore scholarly fruits as well, both in the 1978 Cuatro fases de la historia intelectual latinoamericana and in his earlier collaboration with the Mexican writer Octavio Paz during the latter’s stint at Harvard as Norton Lecturer, Las cosas en su sitio: sobre la literatura española del siglo XX (1971). He maintained, at the same time, a close friendship with Spanish philosopher and fellow exile Juan Ferrater Mora, his former colleague at Bryn Mawr. This synoptic overview of Marichal’s literary scholarship would be incomplete without due acknowledgement of his enduring accomplishment as editor and interpreter of the works of Pedro Salinas—a leading poet from the Generation of 1927 and father of Marichal’s beloved wife, Solita (who passed away in 2007).

Juan Marichal remained at work long after his retirement. In 1990 he wrote El intellectual y la politica. In 1996 he was awarded the Premio Nacional de Historia de España for another collection of seminal essays entitled El secreto de España: ensayos de historia intelectual y politica (Madrid 1995). His last book, devoted to another of his central passions as an intellectual historian, was El designio de Unamuno (Madrid 2002).

In 1965 Marichal became a Fellow at the American Academy of Arts and Sciences. After retiring, he moved back to Madrid, where he lived until 2003. An inspirational beacon in the intellectual renewal of Spanish life, he spearheaded the resurrection of the historic Institucion Libre de Enseñanza in Madrid as Director of its Bulletin. In August 2008 he was awarded the Encomienda de Isabel la Catolica by the Spanish government to honor his contributions to Hispanic culture. Marichal and his wife resettled in Cuernavaca, where he passed away on August 8, 2010. He is survived by his son, Carlos Marichal Salinas, a professor of history at El Colegio de Mexico, and his daughter-in-law, Soledad Gonzalez Montes, along with his grandchildren and great grandchildren, all of whom reside in Mexico.