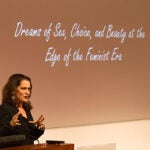 A new analysis of 37 national opinion polls that were conducted by 17 survey organizations finds that health care is the second most important issue for likely voters in deciding their 2012 presidential vote. This is the highest that health care has been ranked as a presidential election issue since 1992.

When likely voters were asked to choose from a list of issues, similar to the approach used in election-day exit polls, one in five (20 percent) named “health care and Medicare” as the most important issue in their 2012 voting choice, far behind “the economy and jobs” (cited by 51 percent).

“The economy dominates most voters’ thinking in terms of their priorities for choosing a candidate,” said Robert J. Blendon, professor of health policy and political analysis at Harvard School of Public Health and co-author of the analysis that appeared as an online special report on Wednesday in the New England Journal of Medicine. “But in a close election, the two candidates’ stands on health care issues could help swing the balance among some voters.”

Likely voters who said “health care and Medicare” will be the most important issue in deciding their presidential vote were much more supportive of the Affordable Care Act (ACA) than the public in general is. Despite two and a half years of contentious debate, the public has not changed its view: Americans’ assessment of the ACA remains mixed. Although several elements of the law are popular, since the law’s passage the majority of Americans (in an average of polls) have not approved of the ACA. Americans have been relatively evenly divided in their opinions. An average of current polls shows that 44 percent approve of the ACA, and 45 percent disapprove. However, among likely voters who said “health care/Medicare” was the most important issue in their voting choice, 41 percent said they were much less likely to vote for a candidate who supported repealing all or part of the ACA; 14 percent said they were much more likely to vote for such a candidate.

The analysis also looked at the issue of changing Medicare in the future to a system in which the government provides seniors with a fixed sum of money they could use to purchase either private health insurance or Medicare coverage. An average of current polls of the general public shows that 27 percent favor such a proposed change, while a majority (66 percent) are opposed. Among likely voters who said “health care/Medicare” was the most important issue in their voting choice, 39 percent said they were much less likely to vote for a candidate who supported such a change in Medicare; 11 percent said they were much more likely to vote for such a candidate.

These results suggest that “health care/Medicare” voters are siding with Obama versus Romney on the ACA and Medicare issues in the election.

Another issue that has emerged during the 2012 campaign is that of placing substantial new limits on the availability of abortion services. Abortion was found to be the top issue for 4 percent of likely voters. The general public is divided, with more people favoring restrictions on abortion. About half (52 percent) say that abortion should be illegal in all circumstances or legal in only a few circumstances; 44 percent believe abortion should be legal under any or most circumstances. However, a large majority (83 percent) of the public believes abortion should be legal when the pregnancy was caused by rape or incest. Among likely voters who said abortion would be the most important issue in the presidential voting choice, 61 percent said they were much more likely to vote for a candidate who favored placing substantial new limits on abortion services, a position similar to that held by Romney; 24 percent said they were much less likely to vote for such a candidate.

“Despite the historic nature of the health care legislation that was enacted during President Obama’s first term, the public remains quite mixed in their views about his performance on health care,” said Blendon.