Harry Parker: Why we row 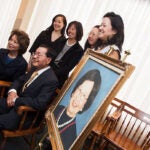 Harry L. Parker, the Thomas Bolles Head Coach for Harvard Men’s Crew, was widely regarded as the premier rowing coach in the United States. In his 50 years as head coach, he led his crews to 21 undefeated regular seasons, 24 EARC Sprints varsity titles, 21 JV Sprints crowns, eight official and eight unofficial national championships, including three IRA championships since 2003, and a 42–7 record over Yale in the Harvard-Yale Boat Race. He worked with every U.S. Olympic Rowing Team from 1964 until 1992 and also served as the coach of the first U.S. women’s national eight, which won a silver medal at the 1975 World Rowing Championships. He coached the women’s crew again in 1976 when they won a bronze medal at the Olympic Games in Montreal.