A $30M gift to University 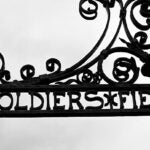 The writing’s on the wall

Harvard University announced today that the Hutchins Family Foundation (HFF), which was endowed by Glenn Hutchins ’77, J.D. ’83, M.B.A. ’83, has given the University $30 million.

The gift will support academic initiatives in the Faculty of Arts and Sciences (FAS) and also launch the Hutchins Family Challenge Fund for House Renewal. The challenge fund will award matching gifts to alumni and friends interested in supporting the revitalization of Harvard’s undergraduate House system through naming opportunities.

For Hutchins — a longtime University supporter and co-founder of Silver Lake, one of the world’s largest firms investing in technology companies — this gift illustrates his belief in the fundamental role of House life in Harvard’s undergraduate experience. Hutchins serves as an FAS campaign co-chair.

“When Harvard alumni are introduced for the first time, the first question they ask is not ‘Which year?’ but, rather, ‘Which House?’ ” Hutchins said. “Graduates of the College all know the vital role the Houses played in their lives as students.

“But this donation is not about our fondly remembered undergraduate days or even historic preservation — it is about the future. The renovation of these magnificent buildings will enable Harvard to do for future generations what it did for us. Perhaps most important, it underscores Harvard’s commitment to offer an undergraduate experience which is the best among its peers.”

Drew Faust, Harvard’s president and Lincoln Professor of History, praised Hutchins for his philanthropy and commitment over the years. “This extraordinarily generous gift exemplifies Glenn’s leadership and dedication to Harvard,” Faust said. “Glenn is a University citizen, but he possesses a great passion for the College and is committed to providing an unparalleled undergraduate education. Because of his efforts to create this challenge fund, we are another step closer to strengthening one of our most cherished traditions. I join the entire Harvard community in extending my gratitude to Glenn and his family.”

FAS Dean Michael D. Smith, John H. Finley Jr. Professor of Engineering and Applied Sciences, saluted Hutchins for embracing Harvard’s vision for House renewal. “The House system is the cornerstone of the undergraduate experience at Harvard,” he said. “It’s the place where Harvard College students, graduate students, and faculty live, work, and learn together, delivering a University experience on a human scale. As a former resident of Winthrop House, Glenn understands the transformative power of the House system and the powerful role it can play for 21st-century teaching and learning models.”

In the 1920s, Harvard College created a unique system of residential education for undergraduates centered on 12 Houses, home today to 98 percent of the College’s student population. Each House is presided over by a Harvard faculty member and by a staff of scholars and graduate students, all of whom live and work alongside the undergraduates. The House system is designed to represent the larger University in a more manageable, personal size, where College services are readily accessible to students. It also creates smaller, inclusive communities where peers of different backgrounds can interact and where informal interaction among undergraduates, faculty, and other scholars and professionals is encouraged. The system provides an enriching residential community — culturally, intellectually, and socially.

Nearly a century later, Harvard’s undergraduate Houses are beginning a process of renewal, both physically and programmatically. The FAS and the College unveiled plans to revitalize the Houses this past July. Moving forward, the buildings will feature new physical structures — from “smart” classrooms and study nooks to new social spaces and music/art practice rooms — that support and further Harvard’s extraordinary residential programming. While meeting the needs of today’s students, the project will also preserve each House’s historic character.

In addition to creating New York–based Silver Lake, Hutchins is chairman of the board of SunGard Corp. and is a director of the NASDAQ OMX Group Inc. and Mercury Payment Systems.

He served former President Bill Clinton as a member of his presidential transition team and in the White House as a special adviser on economic and health care policy. He is a director of the Federal Reserve Bank of New York, vice chairman of the board of the Brookings Institution, and a trustee of New York–Presbyterian Hospital. He is also an owner and member of the executive committee of the Boston Celtics.

Hutchins is a director of Harvard Management Company and chairman of the National Advisory Board of the W.E.B. Du Bois Institute at Harvard. His gift will support Harvard’s long-term mission as planning continues for an eventual University-wide capital campaign. Harvard expects a late 2013 launch, though the timing is not finalized.