The tale of Benny and Jenny 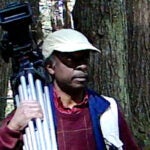 Jane Mecom, Benjamin Franklin’s younger sister and closest confidante, died in 1794. Jill Lepore is writing a book to bring her back.

The Harvard historian has spent years, off and on, researching the life of the little-known Mecom, who was the closest person to her iconic brother, exchanging letters with him for 63 years. Look for the result of Lepore’s labors next year in “Book of Ages: The Life and Opinions of Benjamin Franklin’s Sister.”

Lepore is preparing a life portrait of Franklin’s peppery and persevering sibling, whose story was dimmed by time. Among other things, when Harvard President (1849-53) Jared Sparks used portions of her letters for a Franklin biography, said Lepore, “He took out all her dirty jokes.”

Lepore, the David Woods Kemper ’41 Professor of American History, offered a preview of her book in a lecture Wednesday at the Barker Center. It was the first talk of the season’s American Literature and Culture series, sponsored by the Mahindra Humanities Center at Harvard.

Listeners crowded into Room 133, a high-ceilinged seminar space with dark wood and a fireplace framed with mosaics. Lepore’s first lesson to the gathering came when she said that she threw out the first draft of the book years ago “because it was such a horrible story.” That is, it was depressing. Just for starters: In the space of 21 years, during a life of poverty and domestic struggle, Jane Franklin Mecom (pronounced May-come) gave birth to 12 children; she buried 11.

Jane and Benjamin, born six years apart, were the youngest children of English-born Josiah Franklin, a struggling Boston soap boiler. Benjamin was the youngest of 10 sons and Jane the youngest of seven sisters. Doted on at home, they were known in childhood as Benny and Jenny, diminutives that expressed an intimacy and love that went on for their lifetimes. “She thought of her brother as a second self,” Lepore said. “He loved no one longer. She loved no one better.” His earliest surviving letter to her, written on his 21st birthday, declared to Jane that she was “ever my peculiar favorite.”

But in a representative 18th-century story, their lives soon diverged by reason of gender. In their childhood, Massachusetts’ Poor Law required that boys learn how to write, but that girls only learn how to read. Self-educated and restless, Ben ran away at 17, and over the years found fame. The younger Jane married at 15, joining in an apparently reluctant union with a cash-strapped neighborhood saddler eight years her senior.

Benjamin was the child his father intended to send to Harvard, said Lepore, until finances got in the way. The future writer, inventor, and Founding Father ended up with only two years of schooling, but was a fierce reader and an amateur scholar who taught himself to write while a printer’s apprentice. Jane learned to read, and loved to do so, but all her life struggled with grammar and spelling and erratic handwriting. Her primary schooling was in the domestic arts. While Benjamin’s instrument was the quill, Lepore said, Jane’s was the needle.

In her letters, Jane wrote “Bok” for “book,” and her limited experience with words, compared with that of her famous brother, is part of Lepore’s story. But they both left a written record. “Dr. Franklin” wrote voluminously, of course, including the most famous autobiography in American literature. Now, 220 years after his death, so many scholars write about him that there is a “Franklin industry.”

Jane, on the other hand, spent nearly her whole impoverished life in Boston. She wrote her “Book of Age’s” — redundant apostrophe included — on four sheets of crude foolscap. “It was the humblest of books,” said Lepore, “no thicker than a patch of burlap.”

Among scholars, there is no Jane Mecum industry.

Despite the grand title, her book is a birth-and-death accountancy of a cramped life, written from 1762 to 1765 in the plain manner of a parish register. Three of her children died before age 1, and Jane records the birth and death of them and others. Her inserted comments recount death and woe, but in the tone of ordained fate common in the New England Christianity of that era. “God sees meet to follow me with Repeeted corrections,” Jane wrote on the day in 1765 when her husband died. She then wished him “a stedy hope of a happy hear after.”

Her husband was Edward Mecom, an erratically employed Scotsman who wore a wig and a beaver hat. He was in and out of debtors’ prison, drank, and suffered apparent episodes of insanity. Where Benjamin was to Jane “as tender as a father,” said Lepore, her husband was a kind of cipher, barely mentioned in “Book of Age’s.”

Jane’s final entry is dated Sept. 19, 1767, when “Died my Dear & Beloved Daughter Polly Mecom.” Unlike in other entries, here Jane’s handwriting visibly shook. “Sorrows roll upon me like the waves of the sea,” she wrote her brother the following month. Then she added, “God is sovereign, and I submit.”

Despite her hardscrabble life, Jane acquired the same hunger for reading her brother had — though both suffered as children from the “scant” family library at home, Lepore said.

“Read as much as I Dare”

Jane wrote her brother, “I Read as much as I Dare.” When she died, six years after Benjamin, her library seemed as scant as that of her childhood: five volumes valued at 6 shillings. But Lepore reconstructed what was Jane’s likely library, including works by her brother, Jonathan Edwards, Daniel Defoe, Plutarch, Thomas Paine, Alexander Pope, and Jonathan Swift. There were sermons and scientific tracts as well as political treatises — an apparent favorite category, which included an essay on the Stamp Act.

“Her letters reveal her to have either owned or read a wealth of books, magazines, and newspapers,” Lepore wrote in a handout. It enumerated the reconstructed library, and cautioned that there was certainly much more to it. Jane was proud and possessive of her books — many were marked “Jane Mecum, her book” — Lepore told the audience. “She collected books all her life.”

Beyond printed matter, Lepore added, there is evidence of Jane’s lively mind in her letters to her brother, of the arguments they had in writing, and of the science, literature, and political thinking she had absorbed. After Benjamin left Boston at age 17, he saw his sister fewer than 10 times the rest of their long lives, though they lived together in Philadelphia during a few months of the British occupation of Boston. With physical absence a reality, writing letters became a lifeline for brother and sister, as well as the sole means of staying connected to family history. For the last 30 years of his life, Benjamin Franklin’s only surviving sibling — of 16 — was Jane.

Benny and Jenny, even in old age, were compatible souls. Jane was “the anchor of the family history” and supplied her brother with important details, said Lepore. Benjamin was “obsessed with his genealogy,” she added, while his sister “was not at all concerned.” When he wrote his autobiography, it was a story with a prequel, the heroic rise of a man whose grandfather was a blacksmith in Ecton, England. But when Jane wrote her story, said Lepore, it was a heartfelt embrace of the present, and of those around her.

Their attitudes toward the world differed, one centered on self, and the other giving. To Benjamin, the story was all about “the blacksmith of Ecton,” said Lepore, and to Jane it was all about “children and grandchildren.”

Those divergent attitudes played out in another way. Jane was amused at her brother’s growing fame, yet proud of the light it shone on her Boston life. She painted the door of her little North End house to impress visitors looking for Dr. Franklin’s sister.

And Benjamin? Lepore said, “He never wrote about her to anyone else.”