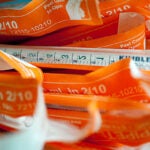 This is the second installment in a three-part Harvard Medical School series on childhood obesity.

With childhood obesity now affecting 17 percent of American children, the nation is rallying around the concept that serious action is required. In 2010, President Barack Obama established the first Task Force on Childhood Obesity, aimed at reducing the rate of such obesity to just 5 percent by 2030.

Although many of the plan’s 70 recommendations focus on approaches such as improving access to healthy, affordable foods; increasing physical activity; and empowering parents to make smart nutrition choices, a large chapter of the report is dedicated to reducing the risk of childhood obesity early in life. Since the president released his Task Force Call to Action, two Institute of Medicine (IOM) reports have emphasized the need for early interventions to prevent obesity.

That’s welcome news to researchers like Matthew Gillman, Elsie Taveras (who is a member of the IOM Committee on Early Childhood Obesity Prevention Policies), and their colleagues at Project Viva, a longitudinal research study that examines a woman’s lifestyle and other factors during pregnancy and, after birth, the effects on her health and the health of her child.

Taveras is an associate professor of population medicine and pediatrics and co-director of the Obesity Prevention Program at Harvard Medical School’s (HMS) Department of Population Medicine. Gilman is a professor and director of the program.

Since 1998, the project has studied thousands of expectant mothers and their children, including more than 1,110 visits with 7-year-olds. Thanks in large part to Project Viva’s findings, a growing body of evidence has found that childhood obesity begins in utero, and early intervention can go a long way toward quelling the problem.

There’s good reason to start preventing childhood obesity as soon as possible. It’s well established that more than half of obese children are already overweight by age 2. Approximately one in five children will be overweight or obese by age 6. In addition, many of the racial and ethnic differences in risk factors for childhood obesity appear to occur early in life.

One large Project Viva study, published in the April 2010 issue of Pediatrics, found that black and Hispanic children were more likely than white children to have gained weight rapidly during infancy. What’s more, they spent less time breast-feeding, were introduced to solid foods sooner, consumed more fast foods and sugar-sweetened beverages, slept less, and had television sets in their bedrooms during the first three years of life — all risk factors for childhood obesity. Black and Hispanic mothers were also more likely to begin their pregnancies overweight or obese, to have depressive symptoms during pregnancy, and (Hispanic only) to develop gestational diabetes.

Although the exact reasons for such disparities are still largely unclear, researchers continue to find associations of these and other risk factors with childhood obesity, including:

Maternal habits. What’s good for a pregnant mother is good for her child, and the inverse holds true, as well. One 2007 study by Gillman, Taveras, and their colleagues found that children of mothers who had gained more weight in pregnancy had about four times the risk of being overweight by age 3. Other Project Viva findings suggest that children whose mothers smoked while pregnant have twice the risk of being overweight by age 3 as those whose mothers did not smoke.

C-sections. A 2012 study by Project Viva researchers found that 3-year-olds who had been born by cesarean section were twice as likely to be obese as those who had been delivered vaginally. That may be because babies born by C-section have different bacteria in the gut than those born vaginally, and some emerging data suggest that this microbiome could be important for energy balance.

Breast-feeding. Studies suggest that children who are breast-fed have a lower risk of obesity, possibly because breast-fed children may learn to self-regulate how much they eat — and mothers may learn to control how much they feed their children — by responding to hunger rather than other cues. A study by Gillman and colleagues in the March 2011 issue of Pediatrics sheds light on formula-fed infants, too. Those who were introduced to solid food before 4 months old had a sixfold increase in their odds of being obese at age 3, compared with those whose parents waited until they were at least 4 to 6 months old to introduce solids.

Infant sleep. Research by Taveras suggests that adequate sleep during infancy is just as important to babies as it is to their weary parents. Her 2008 Project Viva study, published in the Archives of Pediatrics and Adolescent Medicine, was the first to examine the effects of sleep during infancy. She found that babies who slept less than 12 hours a day were twice as likely to be obese by age 3 as those who got more shut-eye, possibly because sleep is crucial for a proper balance of the hormones that regulate appetite.

Starting the fight early. Findings like these are helping physicians, public health advocates, and others make recommendations to parents even before a child is born. “It’s becoming obvious that early prevention is a big part of the answer to childhood obesity,” said Gillman. The goal, he stresses, isn’t to blame parents. “We’re focusing on expectant and new mothers, because most women are especially receptive to making positive changes for their child’s health during and right after pregnancy.”

Early interventions may have impressive effects on children’s behavior. In a study published in the November 2011 issue of the Journal of Maternal and Child Health, Taveras and her colleagues assigned new mothers and their babies (ages birth to 6 months) to two groups. One group received an intervention that included conversations with pediatricians, motivational counseling by a health educator, and group parenting workshops. The other group received usual pediatric care.

After six months, the researchers found that infants in the intervention group breast-fed longer and were less likely to be introduced to solid foods, watched less TV than their peers, and slept more. “If we can help parents change some of these risk factors early in life,” said Taveras, “we may be able to protect against obesity later on, and possibly decrease the disparities we see with the disease in many nonwhite populations.”

But what about children who, at age 5 and older, are past the point of such early interventions?

“It’s certainly easier to start preventing childhood obesity very early on,” said Gillman. “It may be more difficult as kids get older, but we do need to continue making changes throughout their lives.”

Next week: 800 gallons of sugary Coke