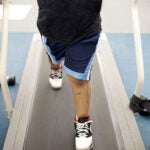 Why are people sometimes willing to put “we” ahead of “me”? Perhaps our first impulse is to be selfish, and cooperation is all about reining in greed. Or maybe cooperation happens spontaneously, and too much thinking gets in the way.

Harvard scientists are getting closer to an answer, with research showing that people’s first response is to cooperate and that stopping to think encourages selfishness.

David Rand, a postdoctoral fellow in psychology, Joshua Greene, the John and Ruth Hazel Associate Professor of the Social Sciences, and Martin Nowak, professor of mathematics and of biology and director of the Program for Evolutionary Dynamics, published their findings in the Sept. 20 issue of Nature. They recruited thousands of participants to play a “public goods game.” Subjects were put into small groups and faced with a choice: keep the money you’ve been given, or contribute it to a common pool that grows and benefits the whole group. Hold onto the money and you come out ahead, but the group does best when everyone contributes.

The researchers wanted to know whether a person’s first impulse is cooperative or selfish. They started by looking at how quickly different people made their choices, and found that fast deciders were more likely to contribute to the common good.

Finally, the researchers tested their hypothesis by manipulating people’s mind-sets. They asked some people to think about the benefits of intuition before choosing how much to contribute. Others were asked to think about the virtues of careful reasoning. Once again, intuition promoted cooperation, and deliberation did the opposite.

While some might interpret the findings as suggesting that cooperation is “innate” or “hard-wired,” if anything they highlight the role of experience. People who had better opinions of those around them in everyday life showed more cooperative impulses in these experiments. Previous experience with these types of studies eroded those impulses.

“In daily life, it’s generally in your interest to be cooperative,” Rand said. “So we internalize cooperation as the right way to behave. Then when we come into unusual environments, where incentives like reputation and sanctions are removed, our first response is to keep behaving the way we do in normal life. When we think about it, however, we realize that this is one of those rare situations where we can be selfish and get away with it.”

Unlike many psychology studies, which use small numbers of college students, these experiments tested thousands of people from around the world using Amazon Mechanical Turk, an online labor market that’s becoming an increasingly popular tool for social science research.

The findings reveal a dark side to careful thought and deliberation. But is reflection always bad?

“When it’s ‘me’ vs. ‘us,’ our intuitions seem to work well. That’s what’s going on here,” said Greene. “But what happens when people have different moral intuitions, for example, about abortion or raising taxes? When intuitions clash — when it’s the values of ‘us’ vs. ‘them’ — reasoning and reflection may be our best hope for reconciling our differences.”

Said Nowak: “Over millions of years we’ve evolved the capacity for cooperation. These psychological experiments examine the causes of cooperation on a shorter time scale, on the order of seconds. Both perspectives are essential as we face global problems which require cooperation on a massive scale. We need to understand where cooperation comes from historically and how best to make it happen here and now.”