Putting humanity in its place 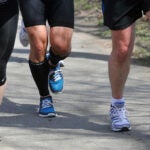 If there’s one thing Charles Langmuir wants to give people, it’s a sense of scale.

In other words, he wants to give them a little humility.

“You realize how small we are and that we are [just] a particle of the whole,” said Langmuir, Higgins Professor of Geochemistry and director of Harvard’s Mineralogical and Geological Museum.

A better sense of proportion might influence behavior, he said, so that people act as a part of nature rather than just users of it.

Langmuir is in a somewhat privileged position to size up humanity. For the past 10 years, he worked to update “How to Build a Habitable Planet” (1985), a legendary textbook in the geosciences known for its accessibility and for the comprehensive view it takes of the Earth and its place in the universe. Earlier this month he discussed the book in a talk at the Harvard Museum of Natural History.

Langmuir, who came to Harvard in 2002, spent 20 years at Columbia University as a colleague of famed geoscientist Wallace Broecker, author of the original book. Broecker, who coined the term “global warming,” said he wrote “How to Build a Habitable Planet” because he wanted people to think more broadly about the Earth, its origins, and our impact on the planet.

The second edition, released this summer, has been greatly revised. As co-author, Broecker reviewed changes and revised some of the original chapters, but Langmuir did the bulk of the research and writing.

The original book’s nine chapters have been expanded to 21, and the page count more than doubled, to 720 from 300. That expansion was partly because Langmuir increased the book’s scope. The original didn’t include a discussion of biology, a central aspect in the Earth’s habitability, and today considered a powerful force in transforming its physical environment. Also fresh is a discussion of exoplanets, which weren’t discovered until the 1990s; recent research on the origins of life; findings on dark matter and dark energy, now known to be enormous forces in the universe; and insights on ocean floor thermal vents — Langmuir’s specialty.

“None of those very exciting developments could be in the book because they hadn’t happened yet,” Langmuir said. “Yet it still has the original vision that Wally had that was so insightful.”

Broecker called the revision “a wonderful book” and said that it’s somewhat revolutionary in that it treats such a broad range of topics in depth.

Langmuir’s 10 years with the book — the last seven of which he worked steadily — became something of a labor of love, giving him a ticket to explore fields far beyond his geological specialty. One side effect of the advance of science has been that scientists focus on ever-narrower slices of knowledge.

“As a specialist, you can occupy less and less of the total scientific landscape,” Langmuir said. “This project allowed me to look at much of the landscape, and to me, that’s thrilling.”

Though enjoyable, the task wasn’t easy. The book work came on top of his regular teaching, administrative, and research duties, which included voyages to explore Pacific Ocean hydrothermal vents and ocean ridges in the Arctic Ocean.

Langmuir said work on the book had to wait until he had chunks of time — typically in the summer and often at his family’s house on Martha’s Vineyard — when he could immerse himself for a month and make progress. The book also greatly benefited from a sabbatical he spent at Oxford two years ago, where he got a lot done in local coffeehouses.

Langmuir wanted to present the latest scientific knowledge and also help readers understand its origins, providing the background for why scientists think theories on evolution, climate change, the big bang, plate tectonics and others are true.

In discussing global warming, for example, the book points out that volcanic emissions play a role in controlling the Earth’s climate, and that humans are releasing gases into the atmosphere at more than 100 times the background rate of volcanic emissions. In writing about the use and depletion of fossil fuels, Langmuir notes that the Earth naturally makes oil at about the same rate that it is pumped at a single Boston gas station. Similarly, in talking about evolution and extinction, the book highlights that while species of animals, plants, and other life are created slowly through evolution, the complementary aspect of the theory is species destruction. Species today are being destroyed as a consequence of human activity much faster than would occur in nature alone.

“Humans arrived to find a fully stocked treasure chest that was built up over billions of years of Earth history, and that we simply took for granted and are spending like that,” Langmuir said, snapping his fingers. “This, to me, is information everyone should know.”

Langmuir might not be completely done. He is thinking of diving in again to create a less technical version of the textbook aimed at general audiences — but not right away.

“I want to do that, but not this year,” Langmuir said. “For seven years I’ve been fully occupied with it. I’m looking forward to catching up on [writing] my research papers.”