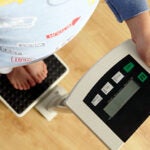 Health in the balance

Headache? Back pain? At the first sign of pain, you might reach for a pain-relieving medicine to sooth your bodily woes. Analgesics are the most frequently employed medications in the United States and are commonly used to treat a variety of medical conditions. But although popping a pill may make the pain go away, it may also do some damage to your ears.

According to a study by researchers at Harvard-affiliated Brigham and Women’s Hospital (BWH), women who took ibuprofen or acetaminophen two or more days per week had an increased risk of hearing loss. The more often a woman took either of these medications, the higher her risk for hearing loss. Also, the link between these medicines and hearing loss tended to be greater in women younger than 50 years old, especially for those who took ibuprofen six or seven days per week.

There was no association between aspirin use and hearing loss.

The study will be published in the Sept. 15 issue of the American Journal of Epidemiology.

The researchers prospectively examined the relationship between frequency of aspirin, ibuprofen, and acetaminophen use and risk of hearing loss among women in the Nurses’ Health Study II.

“Possible mechanisms might be that NSAIDs may reduce blood flow to the cochlea — the hearing organ — and impair its function,” said first study author Sharon G. Curhan of BWH’s Channing Division of Network Medicine. “Acetaminophen may deplete factors that protect the cochlea from damage.”

Curhan noted that although analgesics are widely available without a prescription, they are still medicines that carry potential side effects.

“If individuals find a need to take these types of medications regularly, they should consult with their health care professional to discuss the risks and benefits and to explore other possible alternatives,” said Curhan, a Harvard Medical School instructor of medicine.

More than 50 percent of American adults suffer from high-frequency hearing loss by the time they reach 60 years old. One-third of women in their 50s and nearly two-thirds in their 60s have experienced hearing loss. According to the World Health Organization, adult-onset hearing loss is the sixth most common disease burden in high-income countries.

This research was supported by the National Institutes of Health and by Vanderbilt University School of Medicine.