No summer lull in learning 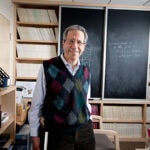 Cambridge, Boston neighborhoods and campus were alive with Harvard-supported activity

On a sunny August day, a group of youngsters from Mission Hill leaned into the fence at a vacant lot and tossed in handmade balls of clay filled with produce seeds.

It was a final action project in a food justice initiative at the Mission Hill Summer Program, which is supported by Harvard College students. The initiative brought together camp counselors, gardeners, local chefs, and other community organizations, like the Roxbury Environmental Empowerment Project (REEP), to create a meaningful summer experience for young people.

“It’s powerful for kids when they see teens and adults from their own community who are engaged around important issues like bringing healthier food to the neighborhood,” said camp director Jane Wang Williams ’13, who brought the idea of food justice to the camp this summer and fostered partnerships with community members to create the project.

The seed bombing was one of the learning moments at 12 Phillips Brooks House Association Summer Urban Program camps peppered across Boston and Cambridge. The camps were coordinated, run, directed, and taught by about 120 college students, offering summer learning and community building activities for 850 children. The camps also employed more than 100 local teens in partnership with the Boston Youth Fund and the Cambridge Mayor’s Summer Youth Employment Program. (Harvard employed more than 150 local youths this summer.)

Even though it was summer, Boston and Cambridge neighborhoods and the campus were alive with Harvard activity. Students, faculty, and staff from the University brought community members and students into classrooms, performing spaces, and parks — extending teaching and learning beyond Harvard Yard in partnership with local organizations and neighborhood schools.

On campus, the Harvard School of Engineering and Applied Sciences (SEAS) hosted “Kids’ Science and Cooking,” a new program that built upon the popular undergraduate “Science and Cooking” course. Boston and Cambridge students from ages 9 to 12 attended a two-week day summer program, learning from Harvard scientists, mathematicians, and top chefs about pickling, emulsion, fermentation, and more.

Kathryn Hollar, director of educational programs at SEAS, said the goal of the program was to “give these kids the tools and empower them to make good decisions, and to teach that science and math is everywhere. We want to show that our scientists are very curious, and want our young people to be curious too.”

For the ninth straight year, the Crimson Summer Academy (CSA), a program that helps talented, low-income high school students gain access to top colleges and universities, hosted a class of local sophomores, juniors, and seniors on the Harvard campus. While the average family income of most scholars is $28,000, all 158 program graduates have gone on to college. Some scholars, such as Suryani Dewa Ayu ’15, who graduated from the program in 2010, have gone on to attend Harvard.

“CSA is such a phenomenal program,” Ayu said. “It’s a network of people who really support each other, who are constantly in contact, checking up on you, encouraging you, and seeing how you’re doing. I’m so glad to be here as a mentor, interacting with the kids.”

While Crimson Scholars were delving into science, qualitative reasoning, and writing, even pitching their original prose at a poetry slam, nearly 300 local high schoolers were getting an academic boost up the street at Cambridge Rindge & Latin School.

The Cambridge Harvard Summer Academy (CHSA) is a free summer school, a partnership between the Harvard Graduate School of Education (HGSE) and the Cambridge Public Schools, where students work closely with teachers-in-training and veteran teachers as they prepare classwork and get ahead for the next school year.

In Allston, the Harvard Allston Education Portal offered mentoring in science, math, and writing to Allston-Brighton children and youth for the fifth consecutive summer. In addition, community outreach and programming for the Harvard Allston Farmers’ Market and the Ed Portal Annex healthy eating series continued, with participation from Harvard Medical School and Harvard College undergraduates.

Deeper into Boston, the Arnold Arboretum of Harvard University invited local citizens to participate in “tree mobs,” which are 20-minute, in-depth information sessions about individual trees in the arboretum. “It’s about getting back to learning about the biology of plants in a fun way,” said Arboretum Director William (Ned) Friedman. “This is about meeting an organism — to be in a spot and open people’s eyes to an aspect of the collection they may have never noticed before.”

“From college prep courses to continuing education, community partnerships to summer jobs, Harvard offers a broad range of opportunities to local residents during the summer,” said Christine Heenan, vice president for Harvard Public Affairs & Communications. “Over three short months, thousands of people of all ages came together to learn, explore, and build community, making the summer a little livelier on campus and strengthening our ties with our neighbors.”

— Jennifer Doody contributed to this story.