Kids are what they eat 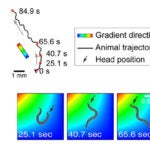 This is the last installment of a three-part Harvard Medical School series on childhood obesity.

Some risk factors for obesity are specific to infants, such as being breastfed less often. But other factors are present throughout children’s lives.

Sugary cereals, oversized soft drinks, and quarter-pound cheeseburgers are among the unhealthy food choices kids face daily. There’s no question that junk food, most of it highly processed, and sugar-sweetened beverages are major contributors to the obesity epidemic.

There’s no lack of convincing research — much of it conducted at HMS and the Harvard School of Public Health (HSPH) — demonstrating the solid relationship between such fare and a greater risk of obesity. A well-publicized 2001 study by David Ludwig and colleagues found that for each additional serving of sugar-sweetened beverage that a child drinks, his or her risk of obesity increases by 1.6 times. More recently, Ludwig’s research has shown that overweight teens tend to eat more fast food than their leaner peers, putting them at higher risk for insulin resistance and type 2 diabetes down the road.

As founder and director of the Children’s Optimal Weight for Life (OWL) Program, a multidisciplinary clinic dedicated to the evaluation and treatment of children who are overweight and obese, Ludwig is applying his research findings to the real world.

One key factor in the rise of childhood obesity involves advertising, primarily via television commercials.

“These companies are investing billions of dollars into marketing campaigns designed to get kids to eat the poorest food imaginable,” said Ludwig. “It’s clear that children are their main targets. Just look at the ads during Saturday morning cartoons.” And that campaign is succeeding. Ludwig and his HSPH colleagues have shown that every hour of television that a child watches is associated with the consumption of 167 more calories, particularly from fast food, salty snacks, and sugar-sweetened beverages.

“There’s no real mystery here,” said Willett. “In some ways, the obesity epidemic is the inevitable consequence of our capitalistic food supply. Food and beverage companies are competing with each other to get people to buy their products, and they work hard to make those unhealthy products even more seductive to kids.”

Television can have additional, less obvious effects on a child’s weight, too, said Matthew Gillman, an HMS professor and director of the Obesity Prevention Program. “We’re finding that TV watching doesn’t just replace physical activity,” he said. “Screen time is also displacing sleep, starting early in life, and this is certainly a problem for today’s older kids and adolescents.” Studies suggest that children who have televisions in their bedrooms are more likely to be overweight and obese. Factor in the effects of a sedentary lifestyle, and you’ve got a potent recipe for obesity.

It’s impossible to visit schools, or even day care centers, and not see that the United States is in the middle of a childhood obesity crisis. Yet even if parents, pediatricians, and other authorities are working to keep kids healthy, they’re faced with a seemingly impossible battle against so-called Big Food.

“But we have a real opportunity here,” said Ludwig, who likens childhood obesity to the fight against tobacco companies. “There were years of debate about the role personal responsibility plays in tobacco-related illness, but that argument couldn’t apply to people who breathe secondhand smoke because they never agreed to accept that risk.” Likewise, adults may choose to eat unhealthy food, but children cannot. “Kids lack the cognitive ability to defend themselves against manipulation by food and beverage marketers. Once we recognize that, we’ll shift the debate and better be able to fight marketers of junk food the same way we did with tobacco.”

Many researchers believe a true prescription for obesity should cover all aspects of a child’s life. They suggest:

Government. Congress, the Food and Drug Administration, and the Federal Trade Commission should collaborate on ways to regulate food marketing aimed at children, and the government should better align public spending with public health by revamping the Farm Bill, which fails to subsidize healthy food choices, such as fruits and vegetables.

Physicians. Doctors should recognize that childhood obesity is one of the most prevalent chronic diseases and make treating it a bigger part of primary care. Physicians can band together with public health advocates, legal and business experts, researchers, and parents to fight childhood obesity.

Such changes can make a big difference for kids, even if they’re already overweight or obese, said Ludwig. This hopeful attitude is at the core of Harvard researchers’ efforts to wipe out the disease — and is the driving force behind reform efforts by the Harvard Catalyst, an initiative that enables collaboration by providing tools, training, and technologies to clinical and translational investigators.

“Our community is filled with people who walk the talk when it comes to wanting to eliminate childhood obesity,” said Lee Nadler, the Virginia and D.K. Ludwig Professor of Medicine at HMS, dean for clinical and translational research, and director of the Harvard Catalyst. “I really believe that we can make this happen.”