Flipping the switch that halts obesity 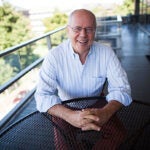 Putting humanity in its place

The researchers say the results, to be published in the Sept. 28 issue of the journal Cell, provide the first known molecular link between thermogenesis (burning calories to produce heat) and the development of inflammation in fat cells.

These two processes had been previously thought to be controlled separately. Thermogenesis plays an important role in metabolism and maintaining healthy weight. Inflammation triggers insulin resistance, a precursor of diabetes.

The researchers, led by Bruce Spiegelman, found that the protein TRPV4, a switch molecule, is highly expressed in white fat cells, which store excess calories and become engorged in obese individuals.

Spiegelman is the Stanley J. Korsmeyer Professor of Cell Biology and Medicine at Harvard Medical School.

For this study, the investigators bred mice lacking TRPV4 or administered a drug to deactivate it. In the absence of TRPV4, white cells turned on a set of genes that consume energy to produce heat, rather than storing the energy as excess fat. This “thermogenic” process normally occurs in brown or beige fat (commonly called “good fat”), which is found mostly in small animals and human infants to protect against cold.

When the TRPV4-deficient mice were put on a high-calorie diet for several weeks, they did not become obese, and their level of fat cell inflammation and insulin resistance was lowered.

“We have identified a target that, when inhibited, can activate beige adipose tissue and suppress inflammation,” said Spiegelman. “This role of TRPV4 as a mediator for both the thermogenic and pro-inflammatory programs in adipocytes, or fat cells, could offer an attractive target for treating obesity and related metabolic diseases.”

The first author of the report is a research fellow Li Ye in the Spiegelman lab.

The research was supported in part by National Institutes of Health.