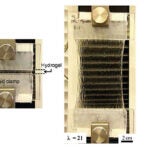 It started with an offhand remark, an unusual characterization for astronomers talking about stars: “They’re going off like popcorn.”

The comment referred to the fact that stars are exploding all around us. Although exploding stars, or supernovae, are rare among any particular group of stars, the vastness of space ensures that at almost any given instant, a new supernova has detonated somewhere in the observable universe.

“They’re going off all the time, the universe is so enormous,” said Alex Parker, a postdoctoral fellow at the Harvard-Smithsonian Center for Astrophysics’ Institute for Theory and Computation.

To Parker, a specialist in astronomical imaging, the idea of stars going off like popcorn planted the seed for a video incorporating not only images but also sound.

The result, “Supernova Sonata,” was released on the Web about a year ago, and has been watched about 125,000 times. In it, Parker assigned sounds to supernovae and allowed viewers to see — and hear — the 241 detected over three-plus years by the Canada-France-Hawaii Telescope.

“Supernova Sonata” was the first of several astronomical videos Parker has created on his own time and posted on the Internet. The most recent, “Worlds: The Kepler Planet Candidates,” provides a striking affirmation of the extrasolar planet-finding mission’s success. It has generated at least one request for adaptation from a planetarium in the United Kingdom, and has 100,000 views.

Although the videos aren’t intended to help astronomers make discoveries, they can be helpful to the public. Parker received several emails after posting “Supernova Sonata,” one from a teacher of visually disabled students, who said it was a useful tool to help them understand astronomy. The “Worlds” video illuminates the singular way Kepler has transformed our understanding of the universe from a place where planets circling other stars are rarities to one where they’re common.

“I just wanted to impart the sheer scale of the Kepler dataset,” said Parker. “Just two decades ago we didn’t know of a single planet outside our solar system, yet in the last couple of years we have turned up hundreds of confirmed planets and thousands of planet candidates.”

The three-minute “Worlds” video — one of two Kepler-themed videos Parker has made — shows the 2,299 planet candidates Kepler has found since it began searching for planets around stars in 2009. To highlight just how many there are, Parker animated them as if they were all circling the same star, using current data on their relative sizes and orbits and creating a visual exclamation point for the mission’s findings.

When he’s not creating videos, Parker is applying his imaging skills to the search for a new target for one of NASA’s space probes. The New Horizons spacecraft, due to fly past Pluto in 2015, has enough fuel to visit one additional object in the outer solar system’s Kuiper Belt, a region where astronomers have detected some 1,600 objects so far. The challenge is to find a target close enough to the craft’s trajectory that New Horizons can reach it with the limited amount of fuel it has for course corrections.

Finding Kuiper Belt objects presents an imaging challenge. The objects are small and dark, and have to be detected against a backdrop of stellar light. Parker has devised ways to subtract stellar light and then combine multiple images to magnify any light reflected by an object. The images have to be corrected for blurring by the atmosphere and for projected movement by any predicted object between frames.

“We know of 1,600 Kuiper Belt objects that we have good orbits for. We don’t know of any [that] New Horizons can reach,” Parker said. “As you go smaller and smaller, you get more and more objects. We’re confident there is a target, we just have to get the data.”