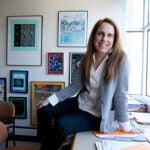 Supplement can decrease risk of respiratory infections in children

A study led by Harvard researchers of Mongolian schoolchildren supports the possibility that daily vitamin D supplementation can reduce the risk of respiratory infections in winter. In a report that will appear in the journal Pediatrics and that has received early online release, an international research team found that vitamin D supplementation decreased the risk of respiratory infections among children who had low blood levels of vitamin D at the start of the study.

“Our randomized controlled trial shows that vitamin D has important effects on infection risk,” says Carlos Camargo of Harvard-affiliated Massachusetts General Hospital (MGH), the study’s corresponding author. “In almost 250 children with low blood levels of vitamin D during winter, we found that taking a daily vitamin D supplement cut in half the risk of a respiratory infection.”

Several recent investigations have suggested that vitamin D — best known for its role in the development and maintenance of strong bones — has additional important roles, including in immune function. Studies led by Camargo and other researchers have associated higher vitamin D levels with reduced risk of respiratory infections such as colds or flu, but such observational studies cannot prove that the vitamin actually protects against infection. That kind of evidence must come from randomized controlled trials comparing two similar populations that either do or do not receive an intervention such as vitamin D supplementation. The first such trial, in Japanese schoolchildren, had equivocal results, showing a reduction in the risk of one type of influenza but no effect on another type, so many organizations have called for further randomized trials to settle the issue.

Because vitamin D is naturally produced by the body in response to sunlight, maintaining adequate levels in winter is particularly challenging in areas such as the northern U.S. and Canada, which have significant seasonal variations in daily sunlight. The current study analyzed data from the Blue Sky Study, conducted in Ulan Bator, Mongolia, by a team led by Harvard investigators in collaboration with local health researchers. Mongolians are known to be at high risk for vitamin D deficiency, especially during winter, and the Blue Sky Study followed schoolchildren, all of whom were found to have low blood levels of 25-hydroxyvitamin D (25OHD), which is considered the best measure of vitamin D status, at the study’s outset.

In the current study, Camargo and colleagues compared the number of winter respiratory infections among a group of children who received daily doses of vitamin D added to locally produced milk with that of a control group receiving the same milk without added vitamin D. The supplement was undetectable so that children, teachers, and local researchers could not tell which group received vitamin D. While blood samples taken at the outset of the study revealed vitamin D deficiency in all participants, with average 25OHD levels around 7 ng/ml (17 nmol/L) in both groups, at the end of the seven-week treatment period, differences between the two groups were significant, with those who received vitamin D averaging 19 ng/ml (47 nmol/L), which although still low was significantly higher than at the start of the trial. Based on reports from their parents, the children receiving vitamin D had about half the incidence of respiratory infections that the control group had.

“Our study design provides strong evidence that the association between low vitamin D and respiratory infections is causal and that treating low vitamin D levels in children with an inexpensive and safe supplement will prevent some respiratory infections,” says Camargo. “The large benefit was undoubtedly related to the low baseline vitamin D levels of these children, so I would not expect the supplement to provide similar benefit in children who start with healthy levels of vitamin D. The key question for future research is at what initial vitamin D level would children no longer receive benefit from winter supplementation?”

The researchers note that although the vitamin D dosage used in this study (300 IU daily) was higher than the recommended daily dosage at the time the study was launched, since then the U.S. Institute of Medicine has raised the recommended daily dose for children to 400 IU, and other groups recommend daily dosages as high as 1,000 IU for children at risk for vitamin D deficiency. The authors also point out that, although Mongolia may appear to have little in common with the U.S., the low baseline vitamin D levels seen in study participants are relatively common in some groups of Americans, such as African-American children living in northern states.