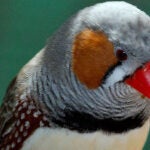 Harvard scientists have created a type of “cyborg” tissue for the first time by embedding a three-dimensional network of functional, biocompatible, nanoscale wires into engineered human tissues.

As described in a paper published Aug. 26 in the journal Nature Materials, a research team led by Charles M. Lieber, the Mark Hyman Jr. Professor of Chemistry at Harvard, and Daniel Kohane, a Harvard Medical School professor in the Department of Anesthesia at Children’s Hospital Boston, developed a system for creating nanoscale “scaffolds” that can be seeded with cells that grow into tissue.

“The current methods we have for monitoring or interacting with living systems are limited,” said Lieber. “We can use electrodes to measure activity in cells or tissue, but that damages them. With this technology, for the first time, we can work at the same scale as the unit of biological system without interrupting it. Ultimately, this is about merging tissue with electronics in a way that it becomes difficult to determine where the tissue ends and the electronics begin.”

Contributing to the work were Robert Langer, from the Koch Institute at the Massachusetts Institute of Technology, and Zhigang Suo, the Allen E. and Marilyn M. Puckett Professor of Mechanics and Materials at Harvard’s School of Engineering and Applied Sciences.

The research addresses a concern that has long been associated with work on bioengineered tissue: how to create systems capable of sensing chemical or electrical changes in the tissue after it has been grown and implanted. The system might also represent a solution to researchers’ struggles in developing methods to directly stimulate engineered tissues and measure cellular reactions.

“In the body, the autonomic nervous system keeps track of pH, chemistry, oxygen, and other factors, and triggers responses as needed,” Kohane said. “We need to be able to mimic the kind of intrinsic feedback loops the body has evolved in order to maintain fine control at the cellular and tissue level.”

The process of building the networks, Lieber said, is similar to that used to etch microchips.

Beginning with a two-dimensional substrate, researchers laid out a mesh of organic polymer around nanoscale wires, which serve as the critical sensing elements. Nanoscale electrodes, which connect the nanowire elements, were then built within the mesh to enable nanowire transistors to measure the activity in cells without damaging them. Once completed, the substrate was dissolved, leaving researchers with a netlike sponge, or a mesh, that can be folded or rolled into a host of three-dimensional shapes.

Once complete, the networks were porous enough to allow the team to seed them with cells and encourage those cells to grow in 3-D cultures.

“Previous efforts to create bioengineered sensing networks have focused on two-dimensional layouts, where culture cells grow on top of electronic components, or on conformal layouts, where probes are placed on tissue surfaces,” said Tian. “It is desirable to have an accurate picture of cellular behavior within the 3-D structure of a tissue, and it is also important to have nanoscale probes to avoid disruption of either cellular or tissue architecture.”

Using heart and nerve cells, the team successfully engineered tissues containing embedded nanoscale networks without affecting the cells’ viability or activity. Using the embedded devices, the researchers were then able to detect electrical signals generated by cells deep within the tissue, and to measure changes in those signals in response to cardio- or neuro-stimulating drugs.

They were also able to construct bioengineered blood vessels, and used the embedded technology to measure pH changes — as would be seen in response to inflammation, ischemia, and other biochemical or cellular environments — both inside and outside the vessels.

Though a number of potential applications exist for the technology, the most near-term use, Lieber said, may come from the pharmaceutical industry, where researchers could use it to more precisely study how newly developed drugs act in three-dimensional tissues, rather than thin layers of cultured cells. The system might also one day be used to monitor changes inside the body and react accordingly, whether through electrical stimulation or the release of a drug.

The study was supported by the National Institutes of Health, the McKnight Foundation, and Children’s Hospital Boston.