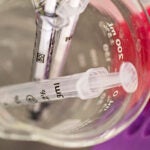 It’s one of the most common plot twists in Hollywood — caught red-handed, the murderer claims to suffer from multiple personality disorder, says he has no memory of the crime, and points the finger at an alternate personality.

A new study, however, suggests such a scenario belongs strictly to the realm of fiction.

The study — conducted by Harvard’s Richard J. McNally, Rafaele Huntjens of the University of Groningen, and Bruno Verschuere of the University of Amsterdam — casts doubt on the “amnesia barrier” that has long been a hallmark of what is now called dissociative identity disorder (DID) by demonstrating that patients do have knowledge of their other identities. Huntjens was lead author of the study, which was reported in a paper published in PLoS One on July 17.

“Ultimately, this disorder is a way of expressing distress,” said McNally, a professor in the Department of Psychology. “What we have shown is that a fundamental idea behind the concept of DID — that there is amnesia between identities — there’s no convincing evidence for that.”

About a century ago, Morton Prince, a Harvard-educated neurologist working in the Boston area, coined the phrase “multiple personality disorder” to describe the case of Sally Beauchamp, an Arlington woman who appeared to have two personalities.

Reports of DID, which is sometimes confused with schizophrenia, were rare in the 20th century, with only a few dozen cases appearing in the literature. With the publication of “Sybil” (1973), however, the condition entered the mainstream. The story of Sybil Dorsett, a woman who claimed to have as many as a dozen personalities, became an international sensation. There were two film adaptations.

Diagnoses of DID rose sharply through the next two decades. In addition to raising the public profile of the disorder, the book also marked the first suggestion that alternate personalities were created as a way to wall off traumatic memories of physical or sexual abuse, and that those memories could be recovered with the help of a therapist.

“The idea at the time was that the mind locks these memories away, but with the help of a therapist, and through hypnosis or the use of drugs like Sodium Pentothal, these memories could become accessible,” McNally said.

To understand whether there truly is an “amnesia barrier” between a DID patient’s identities, McNally and colleagues conceived a unique experiment.

Where earlier studies had simply asked questions, with no way to be sure the answers were truthful, the test described by McNally was intentionally designed to “fool” patients, making fakery nearly impossible.

Called a “concealed information task,” the test’s goal is ostensibly simple: identify words as they flash on a computer screen. If one of a small set of randomly selected “target” words appears, press yes. For all other words, press no. The catch, McNally said, is that while many of the words hold no meaning for the patients, a small subset of the non-target words are taken from two autobiographical questionnaires patients fill out at the start of the test — one while inhabiting one personality, the second in another.

When one of those personally relevant words — such as a best friend’s name, favorite food, or favorite sport — appears on screen, McNally said, most patients’ first impulse is to press the yes button. Within moments, however, they realize the word doesn’t appear on the target list, and they eventually give the “correct” answer by pressing no.

It’s that “processing lag” — measured in milliseconds — that demonstrates patients “know” a word is personally relevant, McNally said. If the amnesia between identities were real, that lag — the time it takes to recognize a word, realize it is not on the target list, and press the correct button — should all but disappear.

The results showed just the opposite.

“For DID patients, the increase in reaction time was noticeable,” McNally said. “This shows that this information is leaking across the so-called amnesic barrier. The issue here is whether one identity is genuinely amnesic for information that is supposedly only accessible to the other identity, and the answer appears to be no.”

McNally said that those who claim to be suffering from the disorder may be reacting more to cultural expectations than psychological realities.

“For people who suffer from it, this disorder is ultimately a way to express distress,” McNally said. ????Cultures provide certain envelopes for people to express suffering or psychological pain and DID is one such cultural trope. In the 19th century, women would do that by getting the ‘vapors’ and swooning — you don’t see that anymore. Quite frankly, I don’t think much would be lost if the diagnosis were eliminated from the Diagnostic and Statistical Manual — people will simply begin expressing their suffering in different ways that are more tractable to treatment.”