The positives of playing favorites 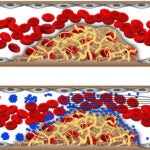 Though often portrayed as unfair or a character flaw, in many instances “playing favorites can be a winning strategy,” a Harvard researcher says.

As described in a paper in Scientific Reports, a study led by Feng Fu, a postdoctoral researcher at Harvard’s Program for Evolutionary Dynamics, found that in-group favoritism — the tendency of people to help other members of the same group — is critical in establishing high-level cooperation that ultimately benefits the whole.

“We found that playing favorites is a winning strategy because it fosters a very high level of in-group cooperation,” Fu said. “So the group benefits a lot as a result of this cooperation. And because the group performs better than others, its members benefit as well. As the group becomes more successful, it attracts new members, and that success reinforces the tendency toward cooperation between group members.”

“Human societies are both highly cooperative and exquisitely organized, and various models have been developed exploring the connection between these two facts,” said Martin Nowak, professor of mathematics and biology, director of the Program for Evolutionary Dynamics, and one of the paper’s co-authors. “We believe that this paper is an important contribution to the growing literature on evolutionary dynamics and evolution of cooperation.”

While the study, published June 21, found that certain conditions — such as the flexibility to move between groups — were necessary to foster in-group cooperation, arguably its most interesting finding was what was not needed: conflict.

“Fighting between groups can promote group solidarity,” Fu said. “But our modeling showed that conflict was not necessary to generate in-group bias; all you need is the group identity. That’s the positive message I think people should take away from this work, that those conflicts aren’t necessary to create a successful group dynamic.”

In-group favoritism, however, isn’t always a given, Fu warned. The more rigid group identity becomes, the study found, the more likely group members are to defect, and begin cooperating with outside groups. Conversely, if group identity is too fluid, the group never truly forms, and cooperation breaks down.

“When groups become extremely rigid, we begin to see a lack of in-group favoritism,” Fu said. “What that says is that flexibility in group identity is absolutely critical to supporting healthy cooperation. There needs to be a balance between flexibility and consistency for a group to succeed.”

The new study, Fu said, was inspired by research conducted by David Rand, postdoctoral fellow in psychology, who had examined group bias among the supporters of Democratic candidates in the 2008 presidential election, and Corina Tarnita, a junior fellow of the Society of Fellows, who had previously worked on evolutionary set theory.

For the current study, Fu and colleagues — including Rand and Tarnita — began by creating a series of theoretical models that explored the conditions that might give rise to in-group favoritism. Armed with predictions from those models, they created a series of computer models that allowed researchers to watch how in- and out-group interactions played out.

“Across many generations, we were able to observe which strategies were successful over this long process,” Fu said. “What we found is that the rules of natural selection could be used to describe the success or failure of a group. Groups that showed a high level of in-group cooperation were more likely to be ‘fitter’ and attract new members, or to be mimicked by other groups. And that was one of the theoretical predictions we had made earlier.”

Fu said the next step is to conduct experiments using human subjects to determine if the results of the computer models are reflected in real-world tests.

“Group identity is very dynamic and flexible in human society,” Fu said. “Our modeling shows that that flexibility is critical to the healthy function of society, because it allows people to ‘vote with their feet’ and move between groups to maximize group cooperation, as well as their benefit from it.”