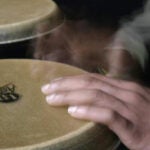 When the beat goes off

The Wyss Institute for Biologically Inspired Engineering at Harvard University today announced that it has received a $2.6 million contract from the Defense Advanced Research Projects Agency (DARPA) to develop a smart suit that helps improve physical endurance for soldiers in the field.

The novel wearable system would potentially delay the onset of fatigue, enabling soldiers to walk longer distances, and also potentially improve the body’s resistance to injuries when carrying heavy loads.

Lightweight, efficient, and nonrestrictive, the proposed suit will be made from soft wearable assistive devices that integrate several novel Wyss technologies. One is a stretchable sensor that would monitor the body’s biomechanics without the need for the typical rigid components that often interfere with motion. The system could potentially detect the onset of fatigue. Additionally, one of the technologies in the suit may help the wearer maintain balance by providing low-level mechanical vibrations that boost the body’s sensory functions.

The new smart suit will be designed to overcome several of the problems typically associated with current wearable systems, including their large power requirements and rigid overall structures, which restrict normal movement and can be uncomfortable.

Although the DARPA project is focused on assisting and protecting soldiers in the field, the technologies being developed could have many other applications as well. For instance, similar soft-wearable devices hold the potential to increase endurance in the elderly and help improve mobility for people with physical disabilities.

Conor Walsh, assistant professor of mechanical and biomedical engineering at the Harvard School of Engineering and Applied Sciences (SEAS) and Wyss core faculty member, will lead this interdisciplinary program. The program will include collaborations with core faculty member Rob Wood and Wyss Technology Development Fellow Yong-Lae Park, for developing soft sensor technologies, and with core faculty member George Whitesides, for developing novel soft interfaces between the device and the wearer. Wood is also the Gordon McKay Professor of Electrical Engineering at the SEAS, and Whitesides is also the Woodford L. and Ann A. Flowers University Professor at Harvard. Sang-bae Kim, assistant professor of mechanical engineering at the Massachusetts Institute of Technology, and Ken Holt, associate professor at Boston University’s College of Health and Rehabilitation Sciences, will also play key roles on the project.

Also working on the project will be several members of the Wyss Advanced Technology Team who will oversee the testing of prototypes in the Wyss Institute’s biomechanics lab, using motion-capture capabilities that can measure the impact of the suit on specific muscles and joints.

“This project is a excellent example of how Wyss researchers from different disciplines work side by side with experts in product development to develop solutions to difficult problems that might not otherwise be possible,” said Donald Ingber, Wyss founding director and the Judah Folkman Professor of Vascular Biology in the Department of Pathology.