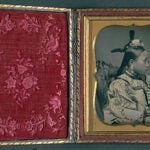 Images from long ago or far away

It’s a challenge that’s long been one of the holy grails of quantum computing: how to create the key building blocks known as quantum bits, or qubits, that exist in a solid-state system at room temperature.

Most current systems, by comparison, rely on complex and expensive equipment designed to trap a single atom or electron in a vacuum and then cool the entire system to close to absolute zero.

A group of Harvard scientists, led by Professor of Physics Mikhail Lukin and including graduate students Georg Kucsko and Peter Maurer and postdoctoral researcher Christian Latta, say they’ve cracked the problem, and they did it by turning to one of the purest materials on Earth: diamonds.

Using a pair of impurities in ultra-pure, laboratory-grown diamonds, the researchers were able to create quantum bits and store information in them for nearly two seconds, an increase of nearly six orders of magnitude over the life span of earlier systems. The work, described in the June 8 issue of Science, is a critical first step in the eventual construction of a functional quantum computer, and has a host of other potential applications.

“What we’ve been able to achieve in terms of control is quite unprecedented,” Lukin said. “We have a qubit, at room temperature, that we can measure with very high efficiency and fidelity. We can encode data in it, and we can store it for a relatively long time. We believe this work is limited only by technical issues, so it looks feasible to increase the life span into the range of hours. At that point, a host of real-world applications become possible.”

In addition to a practical quantum computer, Lukin envisions the system being used in applications that include “quantum cash” (a payment system for bank transactions and credit cards that relies on the coding of quantum bits to thwart counterfeiters) and quantum networks (a highly secure communications method that uses quantum bits to transmit data).

“This research is an important step forward in research toward one day building a practical quantum computer,” said Kucsko, who works in Lukin’s lab and is one of two first authors of the paper. “For the first time, we have a system that has a reasonable timescale for memory and simplicity, so this is now something we can pursue.”

The groundwork for Lukin’s breakthrough was laid several years ago, when researchers discovered that nitrogen-vacancy (NV) centers, atomic-scale impurities in lab-grown diamonds, behave in the same way as single atoms. Like individual atoms, each center possesses a spin, which can be polarized, similar to on a bar magnet. Using lasers, researchers are able not only to control the spin, but to detect its orientation as it changes over time.

But the idea of using the NV centers to form the backbone of a quantum computer simply wasn’t practical, largely because they can only hold data for about one-millionth of a second before their quantum properties — and any data they may have held — are lost.

The culprit, Lukin said, was another impurity in the diamond crystal.

In initial experiments, the team used diamonds that contained 99 percent carbon-12 atoms, which have no spin. The remainder, however, was made up of carbon-13 atoms, a tricky isotope that contains a spin in the atom’s nucleus. Though weak, the interaction with those spins was causing the NV centers’ short life spans.

With this latest research, however, Lukin and his team turned what was once a challenge — the interaction between the NV center and carbon-13 atoms­ — to their advantage.

“The nuclear spin of the carbon-13 makes an ideal quantum bit, because they are very isolated,” Lukin said. “Because they interact with so few outside forces, they have relatively long coherence times. Of course, the same properties that make them ideal qubits also make them difficult to measure and manipulate.”

The solution Lukin and his team came up with was surprisingly elegant. Rather than trying to find a way to measure the spin of the carbon atoms, they used the NV center to do it for them.

Working with researchers at Element Six, a British-based company that specializes in manufacturing artificial diamonds, they developed a new technique to create crystals that were even more pure: 99.99 percent carbon-12. Researchers then bombard the crystal with nitrogen to create the NV center, which interacts with a nearby carbon-13 atom.

The result of that interaction is that the NV center mirrors the state of the carbon atom, meaning researchers can encode a bit of information into the spin of the atom, then “read” that data by monitoring the NV center.

“The system we’ve developed uses this very local probe, the NV center, to allow us to monitor that spin,” Lukin said. “As a result, for the first time, we can encode a bit of information into that spin, and use this system to read it out.”

However, encoding information into the spin of the carbon-13 atom and reading it out using the NV center is only a step on the road to a quantum computer. To truly be useful, researchers had to determine how to take advantage of the atom’s quantum properties — that is, its ability to occupy two states simultaneously.

The solution, Lukin explained, was a two-step process.

“By limiting interactions with the carbon-13 atom, we can extend the life of the qubit and hold the data for longer,” Lukin said. “The end result is that we’re able to push the coherence time from a millisecond to nearly two seconds.”