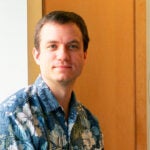 NaCl to give way to RockSalt

The Americas’ first human settlers arrived in a complex series of migrations, pushing over the ancient land bridge from Asia at least three times but moving in both directions, with at least one group scrapping it all and bringing themselves and their genetic signature back home to Asia.

Research conducted by an international team led by scientists from Harvard University and University College London illuminates the roots of today’s Native Americans through genetic analysis and by comparison with native groups in Siberia.

The results, published in the July 11 issue of the journal Nature, examined genetic data from 52 Native American groups and 17 Siberian groups, and helped settle a debate among anthropologists over whether the Americas were settled just once or several times.

The results not only show that multiple waves of settlers arrived on the continents’ shores from Asia, but that some groups reversed direction. In addition to those that headed home to Asia, another that made it to South America migrated back north to Central America.

The work made no findings about the timing of settlement, but prior research indicates that the first humans reached North America some 15,000 years ago when the massive glaciers of the last ice age locked up enough water to lower sea levels and expose a 1,000-mile-wide land bridge between Siberia and Alaska.

The current research, led by David Reich, professor of genetics at Harvard Medical School, and by Andres Ruiz-Linares of University College London, shows that the majority of the genetic signature of today’s Native Americans comes from an initial migration during which people, termed “First Americans” by the researchers, pushed south along the Pacific Coast from Alaska to the tip of South America.

The second migration was smaller geographically but had a large impact on the native people of the far north. Today’s Aleut-Inuit populations owe about half of their genetic background to this second migration.

The third migration contributed about 10 percent of the genetic background of Canada’s Chipewyan people, concentrated today around Hudson Bay.

“The Americas are, of course, an important region of the world,” said Reich. “The native peoples of America have a fascinating and contentious history. It’s very important to understand how people first got here and how people dispersed within the Americas.”

The return of some Native Americans to Asia was revealed only as researchers struggled to understand their data, Reich said. Early results clearly indicated the migration of First Americans along the coast to South America, but the results for North America were more complex. As researchers struggled to decipher the data, they traced their confusion to a false assumption: that the DNA signature from Asia was purely ancestral and contained no later recombination with Native American genes.

Once they took that possibility into consideration, it became clear there had been at least three migrations from Asia to America and at least one back to Asia, contributing Native American genes to the Naukan and Chukchi people of northeastern Siberia.

The four-year study involved 64 researchers from institutions around the world. Key to the work, Reich said, was access to genetic information on native peoples collected over many years by senior author Ruiz-Linares.

In conducting the research, scientists studied more than 300,000 genetic changes called single-nucleotide polymorphisms, which are isolated changes in the molecules that make up DNA’s long, twisting structure.

The work was further complicated by multiple genetic changes in native peoples since 1492, when the continents’ conquest and settlement by Europeans began, followed by the arrival of African slaves and of later immigrants. Using techniques refined in earlier research, Reich said researchers were able to isolate and study portions of the genome known to be of Native American origin.

Though the research has settled one important question, the work is far from done, Reich said. Further investigation, particularly of native people of northern North America where sampling was thin, can further enrich the picture of the hemisphere’s original inhabitants.

“No picture of human history is complete. The harder you look at it, the more there is to find,” Reich said. “What we’ve shown is that there were at least three streams of gene flow from Asia, but there could easily — perhaps are likely to have been — more. There’s just some that we can’t detect.”