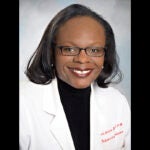 Harvard researchers are using one of the most comprehensive fungal “family trees” ever created to unlock evolutionary secrets.

As reported in PLoS ONE on July 18, Associate Professor of Organismic and Evolutionary Biology Anne Pringle and Ben Wolfe, a postdoctoral fellow at the Faculty of Arts and Sciences (FAS) Center for Systems Biology, studied the genetics of more than 100 species of Amanita mushrooms — about one-sixth of the genus’s total diversity — to create an elaborate phylogeny showing how they are related.

Amanita mushrooms have appeared in popular culture ranging from “Fantasia” to the Super Mario Bros. video games. Although it includes a number of edible species, such as the Amanita caesarea, the group is probably best known for its many toxic species, including the death-cap mushroom.

Armed with the Amanita family tree, Pringle and Wolfe were able to determine that Amanita evolution has largely been away from species that help decompose organic material and toward those that live symbiotically on trees and their roots. More interestingly, they found that the transition came at a steep price — the loss of the genes associated with breaking down cellulose.

“There had been earlier suggestions that this type of gene loss might be taking place, but our study is the first precise test of that hypothesis,” Pringle said. “The idea makes sense: If you’re going to actively form a cooperative relationship with a tree, you probably shouldn’t simultaneously be trying to break it apart and eat it. But it’s a very tricky dance to form these kinds of tight, cooperative interactions, and I think this work shows there is a cost associated with that. You have to change, you have to commit, and it can become a sort of gilded cage — these mushrooms are very successful, but they’re stuck where they are.”

Amanita, however, isn’t the only mushroom to form such partnerships.

“A number of mushrooms — truffles, chanterelles, and porcini — have figured out how to form these symbiotic relationships with trees,” Wolfe said. “The current thinking is that gene loss is a hallmark of the transition to symbiosis. Amanita is simply the first group we’ve been able to make that determination in because we have a phylogeny with this level of resolution.”

That resolution was largely the result of Wolfe’s dedicated collecting work. In addition to many species housed in the Farlow Herbarium, at the Harvard University Herbaria, Wolfe spent months on the road tracking rare species.

“Because we wanted to make sure we had a well-sampled family history, I spent a lot of time in the field collecting samples,” said Wolfe, whose stops included London and Hawaii. “The tricky part is that many Amanita mushrooms are extremely rare — in some cases, these species had only been collected once or twice in the last 50 or 60 years — and there are relatively few people with the expertise to distinguish one species from another.”

Luckily, Wolfe was able to turn to one such expert — retired Bell Labs engineer Rod Tulloss, now an independent researcher and expert on Amanita mushrooms. Tulloss, whose collection of thousands of Amanita samples is stored in his New Jersey garage, which he years ago converted into a herbarium, is a co-author of the paper. As part of the research, he provided a number of crucial samples to fill out Wolfe and Pringle’s phylogeny.

After extracting DNA from the samples, Wolfe used the codes of four different genes to determine how the various species are related. He then used a process called ancestral state reconstruction to show that the mushrooms have switched from being decomposers to being symbiotic with trees only once in their evolutionary history. Once the mushrooms switched to this new symbiotic lifestyle, they didn’t go back to their free-living past.

Going forward, research will include studies of the entire genome of several Amanita species in an effort to better understand how symbiosis emerged, and how the mushrooms and trees maintain their partnership.

Ultimately, Pringle said, the paper highlights one reason she finds such symbiotic partnerships “intrinsically interesting” — for all their apparent benefits, the cost can be high.

“I think the really interesting thing is this idea that once you become symbiotic, some of your machinery is lost,” she said. “It seems like a dead end in some ways — you have to make this change to enter this niche, but once you’re there, you can’t go back — you’ve lost the capacity to be free-living.”