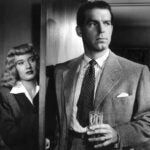 In 40 films, story of a screen great

Elizabeth Rudy, Theodore Rousseau Assistant Curator of European Paintings, illuminated “highlights of how portraiture was pushed in different directions by different artists at key moments” for a group of about 50 art lovers Saturday at the Arthur M. Sackler Museum.

Rudy’s hourlong talk, “The Portrait,” was part of Harvard Art Museums’ “Re-View” series. It spanned the second to the 19th centuries, ending with a “portrait-within-a-portrait” of the Renaissance great Raphael.

Through history, portraits have been commissioned to enhance the status of the sitter and perpetuate that person’s legacy or achievements. The first piece Rudy described, “Mummy Portrait of a Woman with Earrings,” was also “an object used in religious practice and was included in the mummy shroud of the dead woman,” she said. The second-century portrait sits “at the juncture of three great art traditions: Greek, Roman, and Egyptian,” Rudy said.

Next were works by Rembrandt, portraits that “give a sense of the soul of the person.”

“Rembrandt loved the idea that the creator could also be the subject,” said Rudy, discussing one of the 17th-century Dutch master’s many self-portraits.

Directing the group to a print of a 1657 portrait of Cardinal Richelieu (commissioned by King Louis XIV and painted by Robert Nanteuil), Rudy said that the work had a clear political goal, “in raising Richelieu’s status and helping to maintain the king’s power.” The Richelieu print “exemplifies how prints were used in the 17th century as part of political campaigns,” noted Rudy, such as Louis XIV’s efforts to legitimize royal absolutism (whose strongest advocate had been Cardinal Richelieu himself).

Of course, the French Revolution would change everything. Rudy led the group to a portrait of a melancholy-seeming man sitting in a chair. Painter Jacques-Louis David and the portrait’s subject, the Abbé Sieyès, were friends and “real heroes of the Revolution,” said Rudy. Rudy described “Emmanuel-Joseph Sieyès” — completed in 1817, while artist and subject were exiled in Antwerp, Belgium — as “depicting a moment that looks back at the unrealized hopes of the Revolution.” The resignation of Sieyès is almost palpable.

Rudy concluded her gallery talk in front of a fascinating portrait of the Italian painter Raphael gazing away from his model/lover, who sits on his knee, at his own portrait of the Madonna (“Madonna della seggiola”). Here, said Rudy, “we have the artist and his muse, as well as his model” all competing for our attention.

Painted by French artist Jean-Auguste-Dominique Ingres in 1814, “Raphael and the Fornarina” shows how gripping great portraiture can be, as the artist ignores his lover for the gaze of a timeless portrait he’s just finished. Indeed, as Rudy explained, Ingres’ admiration of Raphael’s portraits inspired this painting.