In 40 films, story of a screen great 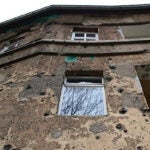 A new avenue for expression

Now you can dream deep. The Harvard Film Archive is celebrating a centennial moment in cinema history with a blockbuster film series July 13 through Sept. 3.

One hundred years ago July 12 the Famous Players Film Company aired its first production — an imported four-reeler starring Paris-born Sarah Bernhardt as Elizabeth I. It was the beginning of one of the most important movie studios in American history: Paramount Pictures, as it was so named by 1914.

Paramount was the brainchild of Adolph Zukor, a Hungarian immigrant who by age 21 was already a wealthy New York furrier. He was also an early investor in nickelodeons, the 5-cent theaters popular in the first decade of the 20th century. Paramount — with co-founders Jesse L. Lasky and Cecil B. DeMille — helped establish an organizational template for the modern film business, combining production and distribution under one roof.

In 1912, part of the challenge was to lure famous stage actors into a novel, flickering, silent medium. Zukor bought the American rights to “La Reine Elisabeth” (“Queen Elizabeth”), an hourlong film whose main draw was Bernhardt — already 68, but the most famous actress of the 19th century. After that, well-known stage actors — the “famous players” of the company name — flocked to the new medium.

Paramount followed with a star system of its own, cultivating early screen legends like Mary Pickford, Gloria Swanson, and Douglas Fairbanks. The Harvard festival — 40 films in all — shows them off. The earliest, set for Aug. 26, is “The Cheat” (1915), starring 40-year-old Fannie Ward, whose eerily young looks later earned her the title “perennial flapper.” The most recent film in the series is “S.O.B.” (1981), a Blake Edwards vehicle starring Julie Andrews and, in his last film role, William Holden. Fittingly, it’s a spoof of Hollywood.

The festival does not include Bernhardt’s gyrations and chest-clutching in “Elizabeth.” (You can see the whole film here.) But “The Cheat” is even a more perceptive choice. For one, it’s a melodrama that explored infidelity, sexual tension, and interracial romance — themes that Hollywood two decades later had to deal with in a more muted way.

In 1930, the Motion Picture Production Code banned film scenes involving profanity, nudity, drug use, and other forbidden subject matter. It also listed cautionary images, such as a man and a woman in bed together. On Sept. 1, the Harvard festival offers “Hot Saturday,” an all-night marathon of Paramount films shot in “pre-Code” Hollywood.

So brace for — among others — “White Woman,” “She Done Him Wrong,” and “The Wild Party.” The last is a 1929 Clara Bow vehicle set at an all-girl college, complete with a handsome professor (Fredric March) and a costume party with plenty of drinking.