Fixing the way we fix the brain 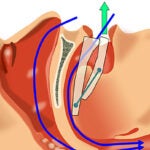 Of all the health challenges humans face, few are as insidious as those that involve the death or dysfunction of cells in our brains. These illnesses, a category known as neurodegenerative disease, take from us the very things that make us who we are — our thoughts and our memories, our ability to recognize loved ones, control of our bodies, even our cognitive identity.

For most, diseases such as Alzheimer’s or Parkinson’s attack slowly, leading us down a slope of gradually deteriorating mental or physical function that current scientific methods are able to diagnose only after debilitating symptoms have set in. Even if discovered early, there is no way to prevent their onset, no way to reverse the damage, and no cures.

Driven by the desperate need for better understanding and treatments, a coalition of academic researchers, pharmaceutical companies, and state government is now coming together to confront this challenge in a novel way.

In June, Massachusetts Gov. Deval Patrick joined Jeffrey Flier, dean of the Faculty of Medicine at Harvard, and representatives from major pharmaceutical companies at Bio 2012, the world’s largest biotechnology convention. Together, they announced the formation of the Massachusetts Neuroscience Consortium. A $1.75 million partnership intended to fundamentally shift approaches to neurological disease research, the consortium aims to establish an environment for the sharing of knowledge and resources between companies in what is often a ferociously competitive industry.

“Neuroscience is profoundly complex,” Flier said. “It is absolutely clear that new, bold approaches involving unprecedented collaborations are vital for our success in treating these devastating conditions.”

Within the consortium, scientists will work to discover interesting genetic or protein targets, which will provide a design framework for pharmaceutical companies’ drug development processes. This initial discovery step would receive input from both academic and industry scientists, pooling their knowledge and expertise. The seven founding pharmaceutical members of the consortium — Merck, Pfizer, Abbot, Biogen, Sunovion, Janssen, and EMD Serono — are committed to working with each other and with the Massachusetts academic community. Although it is impossible to predict specific outcomes, working together will be to everyone’s advantage — scientists, companies, and, most importantly, patients and their families.

Though the seed money for the consortium is a relatively small initial investment considering the combined fiscal weights of its members, the collaboration between the state government, academic institutions, and biotechnology companies is a potentially groundbreaking moment.

View from the shore
The scope of the problem is immense. Hundreds of thousands of Americans suffer from major diseases such as Parkinson’s, Huntington’s, multiple sclerosis, and amyotrophic lateral sclerosis (ALS or Lou Gehrig’s disease), which have an annual combined direct and indirect health care cost in the tens of billions.

But of the major neurodegenerative diseases, Alzheimer’s is, by far, the biggest threat. There are nearly 5.5 million Americans living with Alzheimer’s, a number that is expected to triple in the next few decades. It is the sixth-leading cause of death in the U.S., and the Alzheimer’s Association estimates the disease’s economic impact will total roughly $200 billion this year.

The dollar amount is also growing, and rapidly, as life spans increase and more people enter old age. More than 10 percent of Americans over the age of 65 have Alzheimer’s, and almost half develop it after age 85. If nothing changes, the total economic cost of Alzheimer’s alone will reach a staggering $1.1 trillion annually by 2050, almost 10 percent of the current U.S. gross domestic product.

“This is a tsunami,” said Adrian Ivinson, director of the Harvard NeuroDiscovery Center (HNDC). “We’re all standing around on the beach, looking at this wave, and saying, ‘Boy, that wave is big, and that’s going to do a lot of damage.’ We need to move to higher ground. Now.”

The Massachusetts Neuroscience Consortium’s collaborative solution to this challenge does have precedent in neurological research, reflecting the HNDC model. For more than a decade, the HNDC has provided shared repositories of guidance and technology for researchers across HMS and its affiliated hospitals.

Founders of the community of 900 members recognized that an intensely focused, highly collaborative and coordinated effort must be made to unravel the many complexities of diseases of the brain, a task far too great for any single organization or laboratory.

‘As complicated as the universe’

Scientists today know only a little more about underlying causes of neurodegenerative disease than James Parkinson did when he wrote “An Essay on the Shaking Palsy” in 1817, or Alois Alzheimer when he noted plaques and tangles in the brain of an elderly woman in 1907. Few modern insights have made any impact in the clinic, as current drugs or treatments can only mitigate symptoms.

The reason for this sluggishness? The brain is the most complex biological system known, containing an estimated 100 billion neurons, each with an average of 1,000 connections to other neurons, meaning that there are, in effect, 100 trillion connections between cells that scientists must understand in order to reveal how the brain stores memories, processes signals, and creates consciousness. (That number is roughly three times the number of many stars in the Milky Way.) After that, researchers must figure out what causes the brain’s systems to stop working, and then how to fix them.

“The human brain is the most remarkable feature in the universe. It is as complicated as the universe,” said Joseph Martin, former dean of Harvard Medical School (HMS) and a co-founder of the HNDC.

Martin has studied neurological disease for the greater part of four decades. Up until 1980, the neurological research field was limited, according to Martin, and researchers relied heavily on description — for example, correlating dementia with abnormal plaques and tangles found in the brains of Alzheimer’s patients.

Even with correlations, the brain could be studied only after death, limiting the amount of useful data gathered.

“It was all very crude,” said Martin. It took the emergence of modern molecular biology, genetics, and imaging technologies for neurodegenerative research to flourish. Martin used the new tools to help identify the first genetic marker for Huntington’s.

Dennis Selkoe, HMS professor of neurologic diseases at Brigham and Women’s Hospital and fellow HNDC co-founder, also made his groundbreaking discoveries into Alzheimer’s using these new tools. One of the most cited Alzheimer’s researchers in the world, Selkoe revealed insights into the normal and abnormal functions of the two signature dysfunctional Alzheimer’s proteins — tau and beta-amyloid. His work has greatly influenced the field and serves as part of the basis for numerous clinical trials currently under way.

“The results for the world’s biggest clinical trials ever in Alzheimer’s will be released this year. I don’t think they’ll hit a home run. I don’t think it’ll be a double. But if we can at least get a single out of it, we’ll know that we’re playing the right game, and then we can design trials that can treat milder patients earlier,” Selkoe said.

“Neurodegenerative disease research has taken a long time, and it’s gone slowly. It’s only now really blossoming,” he said.
Is it the system?

Despite extraordinary advances in everything from genetics to molecular biology to brain imaging over the past few decades, there are still glaring deficiencies in the tools available to researchers and patients. There are no reliable biomarkers, such as cholesterol for heart disease, that can indicate early on whether a person has, or is at risk for, neurological diseases. Imperfect animal and laboratory models for these diseases lead to minimal impact in the clinic. And though the need for their involvement is great, biomedical and pharmaceutical companies have been pulling back from research into neurodegenerative diseases owing to the high costs and low success rates for developing drugs.

“It just suggests that our system of research is going to take a lot longer because of the complexity of the brain, or that perhaps the system is not as well suited to studying it. Or both,” said Ivinson, a geneticist by training and former editor-in-chief of the journal Nature Medicine.

In traditional biomedical research, labs in academia and industry work independently. They tackle problems they find interesting or that they think will be fruitful with separate staffs, technology, patients, and other resources. Positive data and results are shared through published papers, but the lessons learned from attempting experiments in dozens of different ways, or the invaluable insights from negative results and failures, are not. Laboratories or companies often must learn these time-consuming and expensive lessons on their own. Multiple labs or companies could work on the same problem for years, asking the same questions and making the same mistakes.

“We never know where the next green shoot will sprout in our garden, what the next breakthrough will be, but once I know with some specificity what I want to achieve — biomarkers, drugs, a new imaging modality, if a mouse model is good or not — then I want my resources coordinated,” said Ivinson.

“I want them brought together in some way so I avoid unnecessary duplication, so that I take advantage of efficiencies, and so that I can take advantage of all the different technological and technical know-how that is needed to solve this problem,” he said.

To read the full story, visit the HMS website.