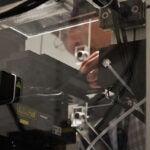 Fixing the way we fix the brain

A new study from Harvard School of Public Health (HSPH) finds that expanding Medicaid to low-income adults leads to widespread gains in coverage, increased access to care, and — most importantly — improved health and reduced mortality. It is the first published study to look specifically at the effect of recent state Medicaid expansions on mortality among low-income adults, and the findings suggest that expanding coverage to the uninsured may save lives.

“The recent Supreme Court decision on the Affordable Care Act ruled that states could decide whether or not they wanted to participate in the health care law’s Medicaid expansion. Our study provides evidence suggesting that expanding Medicaid has a major positive effect on people’s health,” said Benjamin Sommers, assistant professor of health policy and economics at HSPH and the study’s lead author.

The study was published online July 25 and will appear in the Sept. 13 print issue of the New England Journal of Medicine.

In the past decade, several states expanded Medicaid from its traditional coverage of low-income children, parents, pregnant women, and disabled persons to include “childless adults,” poor adults without any children living at home and the population most directly targeted by the Affordable Care Act (ACA). Medicaid currently covers 60 million people, and the ACA will extend eligibility to millions more beginning in 2014. However, the Supreme Court decision gives states the option of choosing whether to expand coverage, and, because of budget pressures, some states are considering cutbacks, not expansion.

The HSPH researchers, including senior author Arnold Epstein, chair of the Department of Health Policy and Management, and Katherine Baicker, professor of health economics, analyzed data from three states — Arizona, Maine, and New York — that had expanded their Medicaid programs to childless adults (aged 20-64) between 2000 and 2005. They selected four neighboring states without major Medicaid expansions — New Hampshire (for Maine), Pennsylvania (for New York), and Nevada and New Mexico (for Arizona) — as controls. The researchers analyzed data from five years before and after each state’s expansion.

The results showed that Medicaid expansions in the three states were associated with a significant reduction in mortality of 6.1 percent compared with neighboring states that did not expand Medicaid, which corresponds to 2,840 deaths prevented per year for each 500,000 adults gaining Medicaid coverage. Mortality reductions were greatest among older adults, non-whites, and residents of poorer counties. Expansions also were associated with increased Medicaid coverage, decreased uninsurance, decreased rates of deferring care because of costs, and increased rates of “excellent” or “very good” self-reported health.

The groups that benefited from Medicaid expansion in this study — older adults, racial and ethnic minorities, and those living in poor areas — are groups that have traditionally had higher mortality rates and faced greater barriers to care. The study results provide valuable evidence for state policymakers deciding whether or not to expand Medicaid, say the authors.

“Sometimes the political rhetoric is at odds with the evidence, such as claims that Medicaid is a ‘broken program’ or worse than no insurance at all; our findings suggest precisely the opposite,” said Epstein.

Note: Sommers is currently working as an adviser in the Office of the Assistant Secretary for Planning and Evaluation at the U.S. Department of Health and Human Services. However, this paper was conceived and drafted while Sommers was employed at Harvard, and the findings and views in this paper do not represent the views of the Department of Health and Human Services.