A new avenue for expression 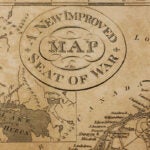 Master’s program invites artists, others to create in the everyday world

The Harvard Graduate School of Design (GSD) awarded 212 degrees at Commencement this year. But only 10 were from an entirely new program.

Artists, architects, and entrepreneurs were in the first cohort of Art, Design and the Public Domain (ADPD), a new “area concentration” within the traditional Master in Design Studies (MDesS) program. (There are seven other MDesS concentrations, including conservation, history, ecology, sustainability, and real estate.)

The new program is a flexible, interdisciplinary pathway for midcareer artists, designers, architects, and others. The idea is to blend art practice with the academy, and let each world enrich the other. Afterward, let these creators make the entire public domain — the physical and the virtual — their studios at large.

Within design, this idea of art as public engagement is called “spatial practice.”

“The built urban environment [is] a great hope and opportunity for its inhabitants,” said Krzysztof Wodiczko, who coordinates the new two-year program. It is open to “critical and creative practitioners” from all disciplines, for those who “wish to practice art and design in the built environment, while critically reflecting on it.”

Wodiczko, the GSD’s professor in residence of art, design, and the public domain, is a renowned artist known for his large-scale installations, often video projections cast onto public facades. He is also known for sober themes: war, trauma, and economic injustice, and for art that moves from the realm of dissent to social action.

Born in Poland during the 1943 Warsaw ghetto uprising, Wodiczko views the urban landscape as a setting for art that is socially engaged, critical, and probing. “He brings out the dark bits that people don’t want to talk about,” said Jutta Friedrichs, MDesS ’12, a member of the first ADPD cohort.

When he was an aspiring artist and designer, there was no such pathway back to the riches that a university can offer, Wodiczko said. “I needed to learn by myself — and not without unnecessary difficulties and shortcomings.” For practicing artists, a two-year sojourn in the academy, he added, “offers an intellectual framework, and a laboratory.”

Dan Borelli, MDesS ’12, director of exhibitions at GSD and also a member of the first ADPD cohort, said traditional postgraduate art programs deal with “individual responses within a studio space,” and then they are about the movement of an art product to a market. But with ADPD, “you’re dealing with social issues and how they play out in … public space.”

ADPD’s antecedents are not artworks for the gallery or the marketplace, said Borelli, but, for instance, the art produced during the AIDS crisis in the 1980s and during feminism’s rise in the 1970s. He called such art “highly public demonstrations and displays” about difficult subjects.

The program in 2012 included architects, arts entrepreneurs, and a scattering of practicing fine artists, like Borelli, who trained as a painter. They also represented many cultures, including those of Mexico, Germany, South Africa, and Singapore. All of the participants had lively careers before the GSD program, and yet wanted something more than the studio-to-market model of a traditional MFA.

“I made a conscious choice not to go to an art school,” said Friedrichs, who has been a product designer and founded her own firm in China. “I wanted something more solidly grounded in theory. I had already practiced art for so long, I didn’t have the feeling somebody had to tell me how to make things.”

At the start of each semester, “we all went out in different directions,” she said. Students spent two weeks scouring catalogs for courses. The point was to expand their learning and explore how art can help formulate fresh ways of expressing knowledge.

Her own final project was “The Inconspicuous Life of Walls,” a photo, video, and sculptural installation about heritage-protected Berlin facades pocked with bullet holes. She consulted authorities on archaeology, art conservation, photography, forensics, videography, materials science, and even dermatology. That eclectic pursuit reflected how wide afield most ADPD students went during the program. At Harvard, she said, “One could get the best kind of knowledge, in any field.”

After fanning out, Friedrichs and the others were drawn back to a common center, that idea of “spatial practice.” They wondered: How can art and design record, transform, or question — and use the public domain to do so?

“We welcome people who are committed to contributing to urban life through new ideas and projects” — and people whose explorations of urban space are “analytical, visionary, interventionist, and transformative,” Wodiczko said.

Those qualities were evident in the final projects. A few were traditional written works, on art and urbanism, for example, or on “knowledge production” in 21st-century public libraries. Another investigated the implications of building facades in a Mexican city.

Borelli found his final project, “The Cloud of Unknowing,” in his boyhood hometown, Ashland, Mass., just 22 miles southwest of Boston. In 1982, one of the first U.S. Superfund sites was established at the town’s former Nyanza Coloring & Chemical Co. plant. That had closed in 1978, leaving a legacy of cancer scares. It also left tons of buried waste, polluted wetlands, and toxic groundwater. On this local stage, where emotion, memory, and science clashed, Borelli said he used “the techniques of art to visualize public knowledge.”

His art installation was a set of objects, maps, books, oral history videos, and a backlit display of federal pollution data. (With a related website, it will become a permanent display at the public library in Ashland.)

“This is their knowledge,” Borelli said of the townspeople he grew up with, some of whom were felled by cancers. “They don’t know it. It’s buried in government websites.” Art and design, he said, can help people know and see.

So it is with the war-scarred walls that Friedrichs studied. “People don’t perceive them,” she said. But art and design can provide an awakening — in this case to a form of material history that could never be captured in a museum case.

It’s like the knowledge a university has to offer; why keep it in a case? Friedrichs brought up Wodiczko again. “He’s an advocate for this knowledge to be used,” she said, “for it to be activated, and change things in the world.”