A fresh look at mental illness 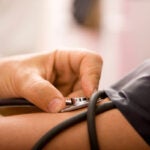 Researcher points toward a new way to classify disorders

Ask Assistant Professor of Psychology Joshua Buckholtz to explain his research into mental disorders, and he’ll likely start with a question that’s got more to do with basic medicine: When is the flu appendicitis?

The answer, of course, is never. Each is associated with a very specific — and nonoverlapping — set of biological causes and effects. Understanding what these are, Buckholtz explained, allows doctors to discriminate between the two with near-perfect accuracy.

“We have very well worked-out classification criteria for physical disorders like the flu and appendicitis,” Buckholtz said. “There is an assumption that we have equally well worked-out and valid classification criteria for mental disorders, but in recent years people have come to realize that this model of strict categorical separation of mental disorders simply doesn’t reflect what we see in the clinic.” According to Buckholtz, meeting the diagnostic criteria for multiple psychiatric disorders is the rule, rather the exception. In medicine, this would be akin to having many patients who develop appendicitis and the flu simultaneously. “This tells us that there are either a lot of people who are unlucky enough to be afflicted with multiple distinct, unique disorders at the same time, or that something is very wrong with our method for classifying psychological disorders.”

In a June 21 paper published in Neuron, Buckholtz and co-author Andreas Meyer-Lindenberg, a researcher from the Central Institute of Mental Health and the University of Heidelberg in Germany, identify a biological reason for that disconnect. Extrapolating from what we know about the genetic causes of mental illness and their effects on the brain, they propose that many mental disorders appear to share symptoms because genes for mental illness cause changes in key brain circuits that affect a wide range of cognitive processes.

“Our goal with this paper was to determine at a biologically plausible basis for what we see in the clinic — that there are a core set of symptoms that overlap diagnostic boundaries,” Buckholtz said. “Looking at the genetic causes of mental illness, it becomes clear that, for lack of a better word, genes are agnostic when it comes to diagnostic criteria.

“Individual genetic differences cause variability in the way that brain circuits function,” he continued. “These differences in brain circuit function lead to the wide range of variation in cognitive, emotional, motivation, and social function that we see in people all around us. The specific genes that are involved, and the way that these genes interact with the environments to which we are exposed, determine how specific brain circuits behave. When those circuits don’t function well, this is expressed as a deficit in whatever domain of cognition is supported by the ‘sick’ circuit. When these deficits cause dysfunction in everyday life, we call it a symptom. When those symptoms become impairing enough, someone comes to the clinic and receives a diagnosis.”

The findings are the result of a review of hundreds of papers that examined patterns of brain circuit dysfunction in many different disorders, and how variability in genes responsible for neurotransmitter signaling or neuron growth give rise to this dysfunction. Based on that review, Buckholtz said, researchers were able to identify four brain circuits that are associated with cognitive, emotional, motivational, and social symptoms that span a wide range of disorders.

One possible impact of the paper’s findings, Buckholtz said, could come as researchers work to design a new way to classify mental disorders.

Currently, he said, the “bible” of psychiatric diagnosis is the Diagnostic and Statistical Manual of Mental Disorders, otherwise known as the DSM. Although initially created as a way to standardize diagnosis for psychological disorders among clinicians, the categorical separation of disorders described in the DSM doesn’t seem to match the reality of how people develop mental illness. According to Buckholtz, “While the symptoms that people experience are absolutely real, the disorders themselves — as unique, independent, ontologically valid entities — are not.” In other words, the difference between the flu and appendicitis is not the same as the difference between schizophrenia and major depression.

“The initial focus of the DSM was on reliability — the ability of independent clinicians to arrive at the same answer,” Buckholtz said. “The categories described in the DSM have come to take on a life of their own, and people now believe that they are as [former Harvard University Provost] Steven Hyman has phrased it, natural kinds.”

The paper’s findings, however, hint at the possibility of turning the current system on its head, and basing the classification of disorders not on their outward symptoms, but on their common causes.

“The field is starting to try to move toward a classification of mental illness that is grounded in neurobiology. Here, we argue that circuits are a meaningful level of analysis for this endeavor,” Buckholtz explained. “In trying to clarify the links between risk factors, brain circuits, cognitive processes, and symptoms, I think we will be able to arrive at a more accurate classification of the dimensions of psychopathology.”