The problem of pre-existing mutations 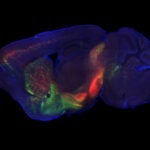 In a step that may lead to more-effective HIV treatments, Harvard scientists have found that, in a small number of HIV patients, pre-existing mutations in the virus can cause it to develop resistance to the drugs used to slow the progression of the disease.

The finding is important because, although researchers have long known that HIV can develop resistance to some drugs, it wasn’t understood whether the virus relied on pre-existing mutations to develop the resistance, or if it has to wait for those mutations to occur. By shedding new light on how resistance evolves, the study, reported in the online journal PLoS Computational Biology on June 7, opens the door to the development of more-effective treatments.

“In order to prevent the evolution of resistance, we need to know where the resistance mutations are coming from. It was exciting to realize data from clinical trials could help us solve this puzzle,” visiting postdoc Pleuni Pennings said. “If we understand how the virus develops resistance, we can think of new ways to prevent it.”

In a study of data collected in 26 clinical trials, Pennings found that, in patients receiving treatment with a typical combination of non-nucleoside reverse transcriptase inhibitor (NNRTI) drugs, the virus is more likely to develop resistance shortly after the start of treatment, or when treatment is restarted following an interruption of a week or more, but is less likely to develop resistance later on during treatment and when patients do not interrupt treatment.

It is that finding that pointed Pennings to the conclusion that pre-existing mutations were behind the virus’s drug resistance. Researchers have shown in past studies that resistance that develops early in treatment is likely the result of pre-existing mutations. Resistance that develops later is tied to mutations in the virus that occur after treatment began.

Pennings also analyzed data from trials with pregnant women who were treated with the drug nevirapine to prevent mother-to-child transmission of the virus. Those trials show that the evolution of nevirapine resistance due to pre-existing mutations was reduced if the women were treated with the drug ZDV (often called AZT) prior to receiving nevirapine. Among the possible reasons for the reduction is the fact that ZDV reduces the viral population, thereby reducing the number of pre-existing resistant viral particles in the patient.

Those findings, Pennings said, suggest that a similar approach, with some kind of pre-treatment, may be useful for all patients who start or restart NNRTI-based treatment.

Although the study holds out hope for the future development of more-effective HIV treatments, Pennings emphasized that data used in the study came from trials that exclusively included patients receiving NNRTI or unboosted protease inhibitor treatments. It is unclear whether the results can be generalized to other treatments and to patients who are not enrolled in clinical trials.

“It has long been known that treatment interruptions can lead to drug resistance, but it is also clear that in real life such interruptions cannot always be avoided,” Pennings said. “The good news is that there may be ways to prevent the evolution of resistance even if the patient interrupts treatment. Our results suggest that we need to focus on how patients re-initiate treatment after an interruption. I hope to find collaborators who are interested to test these ideas in clinical trials.

“It was great to see that models from evolutionary biology could be used to understand data from HIV studies,” she said. “Once I had the data, it was surprisingly easy to find that resistance evolves due to pre-existing mutations in 6 percent of patients who start NNRTI-based treatment. As for the other 94 percent, they have a risk of approximately 2 to 3 percent per year that resistance evolves. As an evolutionary biologist, I am excited to know these numbers, but the immediate next step is to think about how to reduce these numbers to zero.”