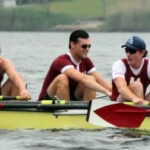 When Sony Pictures contacted the Harvard Museum of Natural History about doing something fun to accompany the release of the new movie “The Amazing Spider-Man,” museum officials had a creative idea.

The museum drew thousands of new visitors last year with its Harry Potter Scavenger Hunt. Its new Spider Sense! Scavenger Hunt promises to entertain fans of Spider-Man and natural science alike. “We took a pop culture theme and used it as a segue into natural history and science,” said Janis Sacco, director of exhibitions at the museum. “It’s an interesting way to introduce people to science.”

The scavenger hunt helps visitors to understand the relationships between the fictional superhero and the natural world. Visitors can pick up a scavenger hunt sheet at the front desk and explore the spider exhibit and others that relate to Spider-Man’s powers, and see a live tarantula.

The film is a refreshed take on the classic Marvel comic book series, in which Peter Parker, a young photographer, is bitten by a radioactive spider and gains superpowers, such as the ability to make webs of strong silk and to crawl on walls, as well as a “sixth sense” that allows him to sense and locate danger.

Although the sixth sense is a fairly common premise for science fiction, the ability for an animal to have such a sense and similar extraordinary powers is not fictional at all.

“We humans understand five senses,” said Sacco. “However, other animals do use other senses. It’s not at all impossible for Spider-Man to have the sixth sense because other animals do.” For example, certain fish have the ability to sense danger; they can anticipate encroaching predators and escape quickly. Spider-Man’s ability to shoot super-strong cables from his fingers is not wholly unrealistic either. Pound for pound, spider silk is tougher than Kevlar and stronger than steel, noted Sacco.

The scavenger hunt will run daily from now until Sept. 3, from 9 a.m. to 5 p.m.  According to museum officials, wall-crawling ability and tolerance to numbing toxins are not required.