Win for Obama, but no let-up in debate 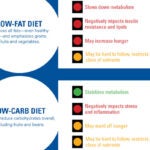 When a calorie is not just a calorie

November election will be referendum on reform, Harvard experts say

In a highly anticipated decision, the court ruled that the law’s central provision — the so-called “individual mandate” requiring that the uninsured buy health insurance or pay a penalty — can be construed as a tax and is therefore constitutional.

The decision settles constitutional issues, but doesn’t calm the national political debate. Instead, it raises the law’s political profile and makes November’s presidential and congressional elections at least partly a referendum on health care reform, according to Robert Blendon, professor of health policy and political analysis, Menschel Professor of Public Health, and director of the Harvard School of Public Health’s (HSPH) Division of Policy Translation and Leadership Development.

“The only thing that will settle the health care issue is the election,” Blendon said. “The Republican Party, from the county commissioner up to Governor [Mitt] Romney, will argue that this bill has to be repealed.”

The health care law provides a complex mix of carrots and sticks to reduce barriers to people gaining health insurance and to induce uninsured individuals to get coverage. Covering the uninsured is a key component of any health reform measure because the cost of such care has been skyrocketing. The law also includes provisions to expand Medicaid to a larger population — though the court struck down the threat of states’ losing federal Medicaid dollars if they don’t participate in the expansion. In addition, the law includes provisions that allow offspring to stay on their parents’ health insurance until age 26. The law guarantees that health insurance be provided regardless of pre-existing conditions, and it requires states to offer insurance options to the uninsured through “exchanges.”

Several Harvard faculty members expressed surprise at the decision, and at the judicial reasoning behind the court’s determination that the individual mandate is a “tax,” though the faculty members also said the nation is still early in a long struggle over health care reform.

“I feel relieved,” said John McDonough, HSPH professor of the practice of public health, who was an adviser to one of the committees that drafted the legislation. “If I would have bet money this morning, I would have bet it would be overturned, 5-4. I’m grateful to Justice Roberts.”

Chief Justice John Roberts, a conservative judge nominated by President George Bush in 2005, sided with the court’s more liberal members in the decision. Roberts is a graduate of both Harvard College and Harvard Law School (HLS).

Several faculty members said the court case and the coming legislative battle to repeal the law, which is officially called the Patient Protection and Affordable Care Act (ACA), are drawing attention away from the still-difficult task of implementing it.

“The ACA is in its infancy. It’s survived, maybe, to adolescence,” said Michael Chernew, professor of health care policy at Harvard Medical School (HMS). “Making it work is nontrivial.” (For more, see a Q&A with Chernew.)

If the law is to achieve its aims, creating innovation in health care delivery will be key, according to Meredith Rosenthal, professor of health economics and policy at HSPH. The law includes provisions that encourage pilot programs to promote innovation in delivering care, which Rosenthal said are important if costs are to be contained. Those programs have been in limbo while the court case has been pending, and now can move forward, Rosenthal said. While those programs haven’t attracted big headlines thus far, they’re potentially where the health care programs of the future will come from, she explained.

McDonough and David Cutler, the Otto Eckstein Professor of Applied Economics in the Faculty of Arts and Sciences, said that any law is imperfect when it’s first passed and requires changes as experience shows what works and what doesn’t. The highly charged political environment, however, means that even minor changes to the law could spark a major political battle.

From a political standpoint, the decision is clearly a win for Obama, but Barbara Kellerman, the James McGregor Burns Lecturer in Public Leadership at Harvard Kennedy School, said that the president shouldn’t expect the win to buoy him through the November elections. Not only will Republicans be working hard in opposition, but recent events show that the electorate’s memory is short: Even the spike in favorability for Obama after al-Qaida leader Osama bin Laden was killed faded rapidly.

Should the law survive political challenges and stand the test of time, however, Kellerman said it might turn out to be Obama’s biggest legacy. It may also, Kellerman said, have been an indication of a move to the center by Roberts, who, at 57, will likely be on the court for some time to come.

“He will be an American leader worth watching,” Kellerman said.

Budgetary forces are at play as well as political forces in the struggle ahead, Cutler said. If the law survives the election of politicians opposed to it, the federal budget process will force lawmakers to grapple with rising Medicaid and Medicare costs even as the Bush administration tax cuts face sunset provisions and as lawmakers seek a way to avoid the across-the-board spending cuts prompted by the failed 2011 budget negotiations.

Though the decision is widely viewed as a “win” for those who support universal access to health care, Robert Greenwald, clinical professor of law at HLS and director of the Center for Health Law and Policy Innovation, said the victory is incomplete.

That’s because the court ruled that the federal government cannot cut Medicaid funding entirely if the states don’t agree to expand the program to cover more people, a key “stick” that would have extended government-sponsored health insurance to people with incomes up to 133 percent of the federal poverty level. That move and the individual mandate would have provided the major avenues through which the uninsured were to be covered.

What that means, Greenwald said, is that advocates for universal access to health insurance now have to go to work in many states, seeking to convince state lawmakers that the now-voluntary expansion of Medicaid to those up to 133 percent of the poverty level is a good deal for their citizens.

“It’s going to be a tough row to hoe,” Greenwald said.