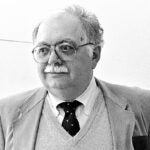 When William von Eggers Doering, a 26-year-old postdoctoral fellow under the direction of Robert Burns Woodward, completed the first formal synthesis of quinine at Harvard in the spring of 1944, the news made headlines in Time and Newsweek, and the New York Times called this work “one of the greatest scientific achievements in a century.” The success in making quinine not only promised access to the substance necessary for the cure of malaria, then a threat to U.S. soldiers fighting in southeast Asia, but also signaled the emergence of the United States as a world leader in chemical synthesis. For Doering, prowess in making chemical compounds may have made him an overnight sensation, but what fascinated him far more, and distinguished him in his later career, was the how and why of organic chemical reactions and the communication of his insights and technique to generations of students.

Doering’s parents, both musicians, met at the conservatory in Leipzig, Germany. The couple moved to the United States in 1915 and secured positions on the music faculty at Texas Christian University in Fort Worth, where William was born and spent his early childhood. Doering was raised in a Germanic environment, and he retained an affinity for things German most of his life. He kept a flat in the Black Forest where he hiked yearly, welcomed German postdoctoral fellows into his group and collaborated with many of them for the rest of his career, and occasionally even came to his Harvard laboratory clad in knickers and cape.

Doering’s father quickly found medicine more to his liking, and joined the faculty of the Harvard School of Public Health. William spent his school years at the Shady Hill School and Belmont Hill, becoming fascinated with science, Latin, the crafting of model airplanes, and explosions. As a Harvard undergraduate, he was attracted to the study of organic chemistry after taking courses with Louis Fieser, Elmer Kohler, and Paul Bartlett. Doering excelled in organic synthesis and considered pursuing graduate work in the subject, but mechanistic organic chemistry had greater appeal. He completed doctoral work in 1943 with Reginald Linstead on the stereochemistry of catalytic hydrogenation, then worked on the synthesis of anti-mustard gas compounds in Fieser’s laboratory until concerns were raised about a second cousin who had served as President of the Reichsbank under Hitler. Doering was recruited by Woodward to apply his expertise to a less sensitive project funded by the Polaroid Corporation, which became the synthesis of quinine. Towards the end of that project in 1943, Doering took up his first independent post at Columbia, returning to Harvard at intervals to complete the final, crucial steps.

Having almost been ejected from Harvard because of his family connections, Doering often described himself as an outsider and tended to avoid any research area that he perceived as crowded. Beginning with his Columbia appointment, Doering’s group deduced novel mechanistic insights, systematically exploring and relinquishing topics when others entered the field. His early work included the pioneering synthesis of the unusually stable tropylium ion, which opened the field of nonbenzenoid aromatic compounds, fundamental studies of carbenes, and the elucidation of the mechanism of insertion of singlet methylene into the carbon-hydrogen bond. Doering moved his graduate research group to Yale in 1952 and again to Harvard in 1967 when he became Mallinckrodt Professor of Chemistry. By the time he arrived at Harvard, his work had been recognized by election to the National Academy of Sciences, an honor achieved subsequently by five of his former graduate students. Doering eventually received many of the American Chemical Society’s top prizes, and he remains the only person ever to receive the ACS’s highest awards for both organic synthesis and mechanistic organic chemistry, an achievement that underscores the richness of Doering’s work, which extended over eight decades.

One of Doering’s signature achievements was his work on the mechanism of the Cope rearrangement, a tranformation considered so difficult to study that it was termed a “no- mechanism” reaction. Doering’s explorations led to elucidation of the transition state structure of the Cope rearrangement using a brilliantly simple stereochemical labeling experiment that has ever since been a mainstay of all advanced textbooks. Further efforts led to the prediction in 1963 and subsequent synthesis of a small hydrocarbon called bullvalene in honor of Bill “Bull” Doering. This extraordinary molecule rapidly undergoes over 1,000,000 different Cope rearrangements, resulting in each of its ten carbons becoming equivalent to one another.

Reform of Harvard’s undergraduate organic chemistry curriculum was another priority for Doering, with overhauls of Chemistry 20, for which he received standing ovations from his undergraduates at the end of every term, and the introduction of a laboratory course, Chemistry 135, that taught proficiency in synthetic technique and the planning of reactions. Both courses remain popular to this day. Doering took emeritus status in 1986 but continued to supervise postdoctoral fellows and publish for another 22 years. One of his greatest achievements in later years was opening the door to Chinese scholars. Realizing the dearth of knowledge of professors during a 1980 visit to China, he proposed a graduate program to bring promising students to universities in North America. The Chemistry Graduate Program, directed by Doering with support from the Chinese Ministry of Education, brought over 250 students universities in North America. The effects were enormous: the thousands of young Chinese who studied chemistry in North  American Ph.D. programs as a direct result of Doering’s program established a new generation of chemical leaders in China. The CGP-Doering Foundation, named in his honor, continues to promote scientific exchange.

Doering’s many interests outside the lab included international politics. During the 1960s and 70s, he served as Chairman of the Board and President of the Council for a Livable World (CLW), which supported nuclear non-proliferation and arms control by lobbying and contributing to U.S. Senate campaigns.

William Doering is survived by two sons, Christian and Peter, and a daughter, Margaretta Doering Volk.